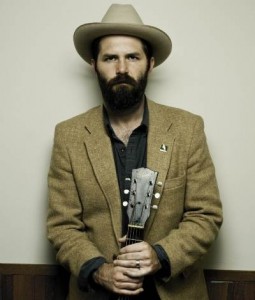 As you check off items on your holiday shopping list, you might find that your pocketbook is looking a little sparse these days. Do not fear, weekend warriors, because the general theme this week is “free and cheap.” We’ve got a range of music, comedy, film and literature to chose from for those of us who are tight on cash at the moment. Let’s get into it.

Live comedy is something that I would like to see more of in Iowa City, so I am thrilled to once again be covering a comedy act in this week’s Weekender. Last week we had Full House’s Dave Coulier and this week the University’s Campus Activities Board brings comedian Tracey Ashley to town. Ashley has been hitting the college campus circuit hard, stopping at around 60 colleges/universities since mid-August. Her stand-up career has garnered some positive attention over the past few years; she was a semi-finalist on NBC’s Last Comic Standing in 2007 and in 2008 she was nominated in Campus Activities Magazine as Best Female Performer. Ashley’s act covers all the bases of stand up comedy–politics, relationships, quips on everyday life, etc. She doesn’t seem to have any boundaries of political correctness, but she’s not out to offend you. If you find yourself wandering downtown this Saturday night, pop in for some free live comedy.

It takes something special for one man with a guitar to silence an entire audience and own their undivided attention throughout the duration of a live set. I can’t quite put my finger on what it is exactly, but Jeffrey Foucault has it. Maybe it has something to do with a beard and an old fashioned cowboy hat, or maybe it’s through the passionate delivery of elegantly crafted country/blues songs. The Wisconsin native has been actively putting out records for a decade. His third solo album, Ghost Repeater was produced by Iowa’s own Bo Ramsey, who is known around these parts for his affiliation with Iowa City favorites, Greg and Pieta Brown. In his most recent release, Horse Latitudes, Foucault shows no signs of slowing down and features members of Brian Wilson and Ray LaMontagne’s bands, as well as a member of The Pretenders. If you can make it out to Cedar Rapids on Friday, this will certainly be an exceptional show. I know it ain’t free, but this one will be worth dropping a few bucks on. This fantastic video below features live performances, an interview and will further acquaint you with what Foucault is all about. 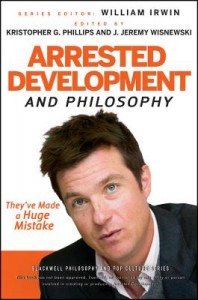 There has been a lot of buzz around Arrested Development lately, as a movie based on the cult-favorite television series has recently been “confirmed” to be in the works. I cautiously apply quotes here because rumors of the Arrested Development movie have been floating around since the series was abruptly cancelled mid-season in 2006. Who knows when/if the film will actually come to fruition? In the meantime, UI Doctoral Candidate in Philosophy, Kristopher G. Phillips has something to tide us over. Phillips is a co-editor of the newest addition to the Pop Culture and Philosophy series, whose other titles include Seinfeld and Philosophy, Star Wars and Philosophy, Radiohead and Philosophy, and dozens more. From what I can understand, there are two types of people: those who have seen Arrested Development and love it, and those who have never seen Arrested Development. If you fall into the first category, you may enjoy in putting a philosophical magnifying glass on the series. If you are a member of the latter group, you have some serious Netflixing to do.

Adding to our list of free events this weekend, Nate Logsdon of the wildly fun Ames “horn-rock” band, Mumford’swill perform solo at the Java House on Saturday. If you’ve ever seen Mumford’s you know the kind of energy they are capable of creating. Logsdon’s solo performance promises to be just as fun, but maybe a little less sweaty. Logsdon will share the stage with Des Moines singer/songwriter, Elliot Burke who performs under the moniker, Lesbian Poetry. Burke’s honest, unfiltered stream-of-thought approach to songwriting makes it easy to draw comparisons to the great Daniel Johnston. Watch the video below and you’ll see what I mean.

CAB and the Bijou bring another American classic to the Midnight Movie Series at the Englert. Eccentric candy man, Willy Wonka hides five golden tickets in his famous Wonka Bars that grant the lucky winners a tour of his mysterious, magical factory, as well as a lifetime supply of candy. When young Charlie discovers that he is a winner, a quest filled with temptation and morality ensues. In case you’ve never seen it or just forgot (because you watched it so long ago), I won’t spoil the ending. This will be a great chance to relive and old favorite in the beautiful and historic Englert Theatre.

Have fun out there. ~LV