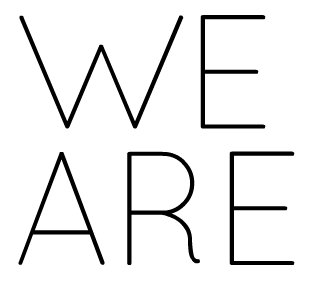 We are awake in Iowa City
At the rising of the sun while others still are sleeping
We are awake in Washington State
Swaying with the trees
We are awake in Chicago’s side
And on the rooftops of inner city
We are awake, standing tall
While in our ears the silent trumpets are blazing
We are awake at the invention of dawn
We are the late and lazy
We move toward the colleges, with students of collegiate minds
Who wear collegiate ties
We move just as skillfully in bare feet and canvas shoes
But on our backs and in our mouths we can’t carry lies
We move toward those who call us down
They question our pure intentions
We are the intelligent and gifted youth
Who know not what the mission is
We are the anti-war pacifists
Who enlist ourselves in our parents wars in silence
We are the obedient and disassociated
Who the system jaded
We are the disobedient with blazing eyes and passions
Who in times of tired desperation
Tried to slit our wrists or bash our heads in
We are the straight and gay alike
The colorblind who don’t believe in black or white
We are the children left behind
We with dreams conceived at birth
Who keep the hope and are hopeless
We with flags instead of brand name logos stitched on six dollar shirts
We with affluent parents at birth
Sons and daughters of the dollar
We with poor parents and absent fathers
Who never touched a bill
We are the nameless graves of suicides
Suggested by pejorative friends
We are the nameless graves of automobile accidents
Of drunk drivers or the high-headed allured
We are the nameless graves of hopeless high schools
Of cut funding, budgets, and lack of supplies
We write, while we paint, while we speak, while we sing
We are silent no longer
We are the future, the past

The resounding echoes of time
Who either slept in the streets
Or in undeserved beds
Who either slept in with dreams or didn’t sleep at all
We are the saintly screamers
We want love; we need love
From anybody who supplies it
We want a fix; we need a fix
Chasing girls, or boys, or guns and drugs to gain it
We are those in pain who never complain
We are the poets without publishers
Who parented themselves
The painters of napkins and walls
The singers with songs of hope
The young who have grown too old
We are awake in Oklahoma
In the barns with longing hearts
We are awake in Boston
Searching for excitement to satisfy our eclectic tastes in the shops of Chinatown
We are awake on Interstate 69
We won’t die or rest until we are done