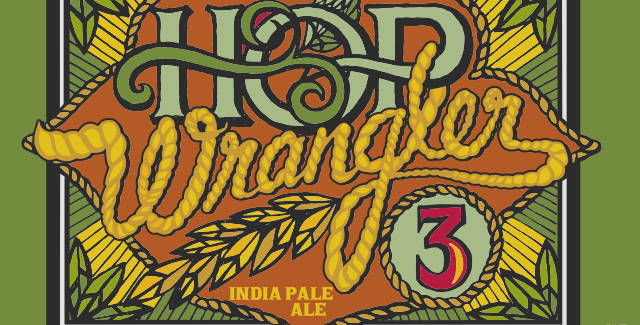 ‘Tis the season for football and saison! Oddly enough, the September beer of the month—Hop Wrangler, brewed by Peace Tree Brewing in Knoxville, Iowa—is not a saison; however, it offers flavors and aromas reminiscent of this traditionally spicy style.

According to Kaleb Livingston, the operations manager at Peace Tree, Hop Wrangler is a different kind of IPA. He referred to it as a “Belgo-IPA” due to the use of Belgian yeast, a Peace Tree calling card: From my experience, just about all of Peace Tree’s beers have a noticeable amount of Belgian yeast influence—there always seems to be a touch of funk and spice, even in the brewery’s stouts. Along with the Belgian yeast, American and English hops round out the three influences that inspired its recipe, hence the “3” on the beer’s label. With an IBU pegged at 70, one would expect it to be pretty bitter, but Livingston said the bitterness is not “in your face” because the yeast counterbalances it.

The color is hazy amber with a bronze hue. Two fingers of dense, buttery, light tan head will dissipate slowly and somewhat unevenly, leaving a lacing along the glass.

Serve Hop Wrangler in a tulip glass to fully experience its aromatics. The aroma offers a dose of spice that arouses the nostrils and a little farmhouse funk gives it a saison-like quality. Smells of caramel and lightly toasted malts emerge slowly and there is a teasing hint of citrus.

The first sip is loaded with funk and spice, but this initial intensity dissipates as the taste buds adjust. The tail is spicy, funky and bitter all at the same time. The taste of pale and lightly toasted malts are faint at first, but as the beer warms the flavors blend seamlessly to become well-balanced.