Voting, that most basic of democratic rights, is often taken for granted by Americans. And few are more aware of this dilemma than than Ari Berman, whose new book, Give Us the Ballot: The Modern Struggle for Voting Rights in America, examines the history of the Voting Rights Act from 1965 to today. Berman is a political correspondent for The Nation and author of Herding Donkeys (2012). Last week, Little Village spoke him ahead of his Prairie Lights reading set for Saturday at 2 p.m.

There’s a deep paradox in American democracy. We think of the vote as a fundamental right, but we’ve consistently treated it as a privilege and restricted access to the ballot from the founding of the country. When the Constitution was ratified, only white male property owners could vote in the 11 states of the union. Before the passage of the Voting Rights Act in 1965, only a third of African-Americans could vote in the South, and many fewer in states like Mississippi or places like Selma, Alabama.

Even today, voter turnout rarely crosses 60 percent in presidential elections and a quarter of eligible Americans are still unregistered to vote. So I’d like us to think of voting rights as a basic fundamental right and to pass laws that encourage more people to participate in the political process. 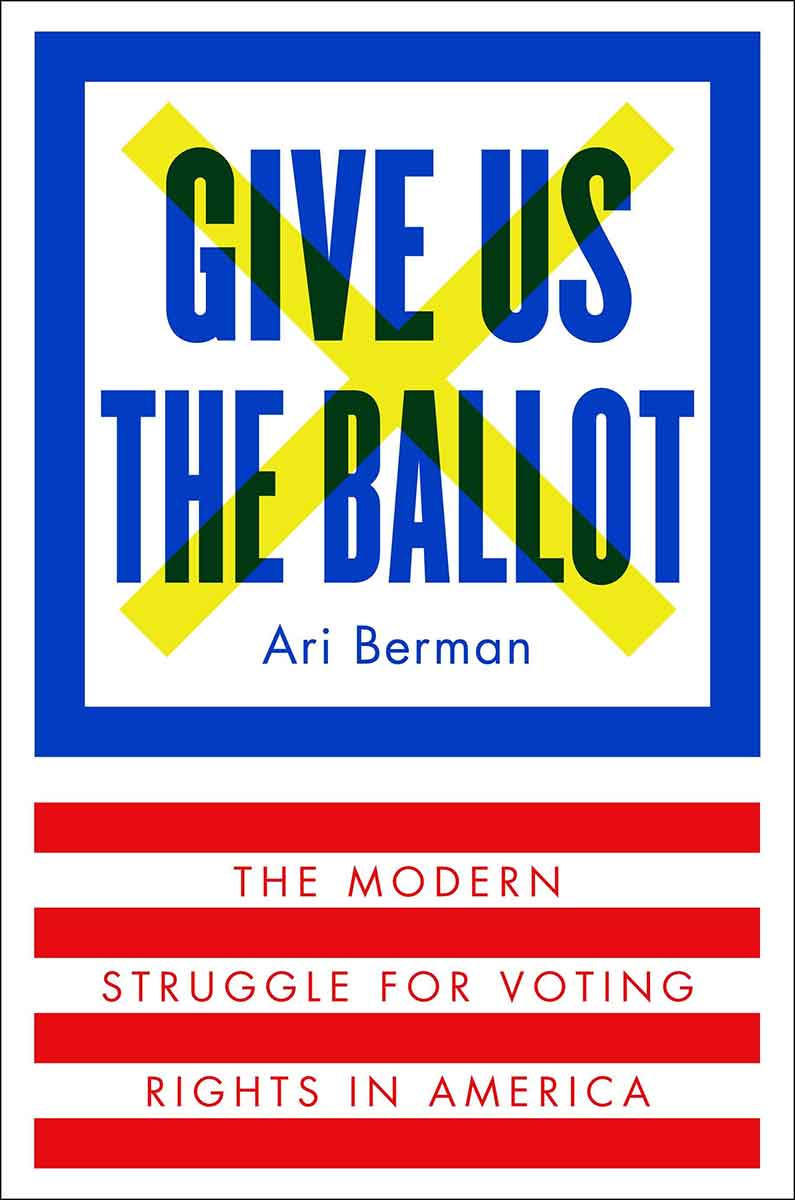 What are some current, immediate threats to voting rights?

There’s been a wave of new efforts to restrict voting rights. From 2011 to 2015, 468 new voting restrictions have been introduced in 49 states and 21 states have adopted new laws making it harder to vote. These are things like shutting down voter registration drives, cutting early voting, disenfranchising ex-felons, purging the voting rolls and requiring strict forms of government-issued ID to cast a ballot. And then in 2013 the Supreme Court gutted the heart of the Voting Rights Act. As a consequence, states with the longest histories of voting discrimination no longer have to approve their voting changes with the federal government.

What are longer-term threats to voting (digital versus paper ballots, etc.)?

To me, the biggest long-term threat is that people will be turned away from the polls or choose not to participate because of new barriers to the ballot box. Voter suppression efforts will become the new normal, especially as the demographics of the country continue to rapidly change. Congress will do nothing to restore the Voting Rights Act and the Supreme Court will continue to make it easier to buy an election and harder to vote in one.

Is there any good news?

The good news is that, in reaction to some states making it harder to vote, other states are making it easier to vote. Vermont just became the 26th state to adopt online voter registration. Oregon and California have passed new laws to automatically register citizens who request a driver’s license or state ID from the DMV. This could lead to 6 million new voters being registered in California, which is huge. So there’s some real momentum to expand the electorate as well.

What’s next for you? What are you working on?

I’m talking widely about the book and continuing to write about voting rights issues.

The 2016 election is the first in 50 years without the full protections of the Voting Rights Act. It’s a huge under-covered story.