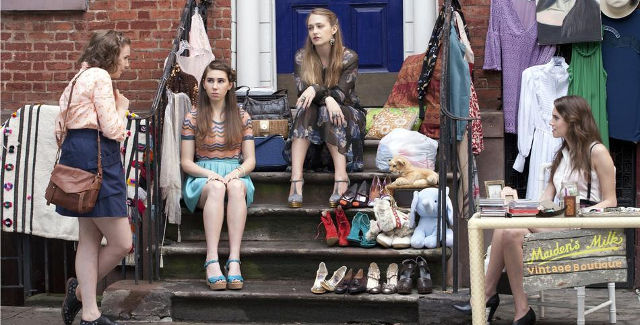 It looks like the cast and crew of HBO’s Girls might be coming to Iowa City after all. Although the University of Iowa declined HBO’s request to film on campus, Girls director Jesse Peretz told Vulture last night, “We are going to definitely go to Iowa City and we will be shooting some there.”

“Even if we can’t shoot on campus, we will shoot around campus. Most of the scenes don’t even take place on campus. So we’ll probably cheat some other campus for the campus. Some of it will be Iowa. A little more than a smidge.” Peretz said.

The University of Iowa’s decision to deny HBO’s filming request has come under a great amount of scrutiny, prompting a column from The Gazette that argued the university is acting less like a learning institution and more like a corporate brand. Little Village hasn’t been too happy, either.

Fortunately, Girls seems to have found a loophole, which essentially boils down to, “Okay, we’ll just go across the street I guess?”