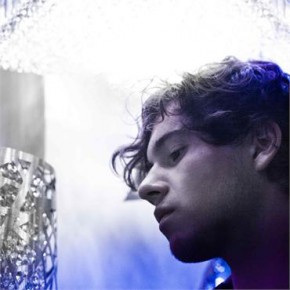 When Brad Oberhofer and his band, Oberhofer, play the Mission Creek Festival, Iowa City will have only had a couple days to soak up the lush, orchestral indie-pop of his debut LP, Time Capsules II. However, when the band takes the stage, many of the ornate arrangements Oberhofer recorded with legendary producer Steve Lillywhite (U2, Talking Heads, The Rolling Stones) will sound radically different — “The live show is mostly guitars,” Oberhofer said in a February phone interview. The Brooklyn outfit will still bring all the oohs, aahs and bittersweet indie-pop, and even without the toy pianos, flutes and cellos Oberhofer is confident that his music won’t be lost in translation, “a lot of the energy transfers through the songs, just in a stripped-down format,” he added. At the heart of the songs on Time Capsules are universal themes like heartbreak and loss — subjects which are just as effective with strings and horns as with guitars and drums — so the live act is probably just as likely to get your foot tapping as the record.

Listen to “HEART” the first single off Time Capsules II: