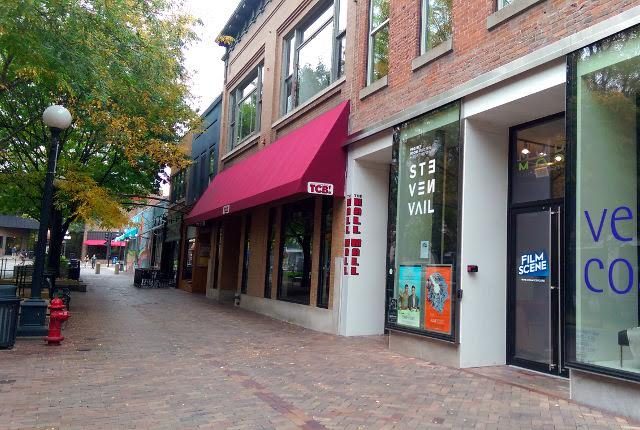 The Headroom Screening Series, an experimental and new media film project, will screen work from Vanessa Renwick at the FilmScene on Saturday at 7 p.m. In her bio, Vanessa describes herself as a “Daughter of the American Revolution” and “Founder and janitor of the Oregon Department of Kick Ass.” Vanessa resides in Portland, Ore. and is a fixture of the area’s experimental film scene.

Described as “punk-rock”, she has been making film since the early 1980’s. Her appearance at the Headroom Screening Series is the first stop on her NSEW tour. On Saturday Vanessa will screen six short films, with the subject matter of each being wide ranging. For example, in 9 is a secret Renwick explores the death of a childhood friend and becoming aware of crows at an early age. In Portrait #3: House of Sound she tells the story, in black and white, of the demolition of a historic record store and a strip of Black jazz clubs. The topics of her film may be diffuse, but throughout her entire career she has used film to tell meaningful and compelling stories in boundary-pushing ways.

The event is free and open to the public.