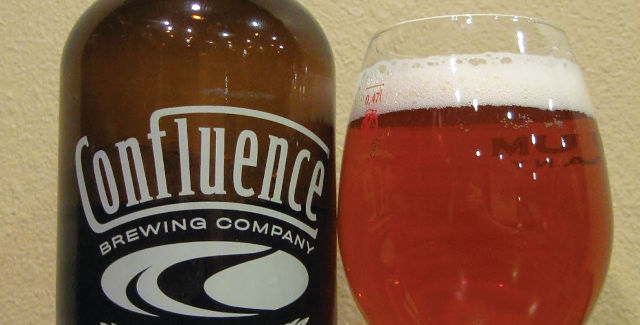 Though some IPAs are overwhelmingly dry and bitter, John Martin, the head brewer at Confluence, proudly admits that he wants his IPA to have a balance of malt and hop characteristics. Instead of going overboard with abrasive hop bitterness, Martin brews Des Moines IPA to showcase the “brightness” of the citrusy and piney Pacific Northwest hops, and accentuate their aroma and flavor. He uses two-row barley and medium crystal malts to counterbalance the hops. “[Our IPA] is a little heartier, a little richer, but we spend a lot of money on hops for that beer. We hold nothing back,” said Martin with a laugh.

According to Martin, Des Moines IPA is Confluence’s best-selling beer. In fact, Eric Selander, Confluence’s sales and distribution manager, says that Des Moines IPA is so popular there’s a waiting list for bars, restaurants and grocers hoping to add it to their shelves and tap lines. It only takes a couple sips to know why there’s such demand.

Pour Des Moines IPA into your favorite pint glass. The color is light amber with a slight haze. One finger of white, fluffy head will dissipate evenly to leave a bubbly skim and ring around the edge. A big dose of tangerine, grapefruit, mango, pineapple and pine greets the nose, and underneath is a solid caramel base. The first sip is smooth, creamy and pleasantly bitter. Flavors include tangerine, orange, a little grapefruit and pine resin, which lingers on the taste buds long after each sip. Though the bitterness turns up a notch as the beer begins to warm, it is never overpowering. Caramel counterbalances the citrus, but the bitterness and pine remain prominent.