Sitting in the small, book-lined office of his one-man law practice in Cedar Rapids, Taylor has a genial, upbeat demeanor as he discusses his four-decade-long career practicing environmental law. But even though his demeanor never changes, the level of detail with which Taylor speaks about his cases, and his clear determination to keep fighting until all options are exhausted, show why his colleague Carolyn Raffensperger calls him a pit bull.

“Wally is soft-spoken, but he’s relentless,” Raffensperger said. “He’s not going to let go of an issue. He’s going to look for every angle.”

Raffensperger, an Ames-based environmental lawyer and the executive director of the Science & Environmental Health Network (SEHN), met Taylor while working to oppose the Dakota Access Pipeline (DAPL). The pipeline cuts across four states, including 18 Iowa counties, to carry crude oil from the Bakken oilfields in North Dakota to a hub outside Pakota, Illinois.

Taylor is representing the Iowa chapter of the Sierra Club in its fight against the pipeline, just as he has represented the chapter in other legal battles for almost 40 years.

The Sierra Club’s opposition to the DAPL is based on concerns that pipeline accidents may pollute the state’s waterways, injure people and property, destroy farmland and harm wildlife and sensitive natural areas. The nonprofit also sees the pipeline as furthering America’s dependence on fossil fuels.

Approximately half of Taylor’s legal practice is dedicated to environmental issues, the other half is criminal defense work. It’s not a career he planned.

“In the mid-1970s, I had a friend who was a Sierra Club member and he encouraged me to join. I did,” Taylor said. “When I moved to Cedar Rapids in 1979, there was a new group forming.”

Taylor was fresh out of law school when those acts started being enforced.

“I grew up in Maquoketa, which is east of here a ways,” he recalled. “I went to college at Iowa State, then law school at Drake and I practiced a few years in Boone, Iowa, before I moved here.” Taylor and his wife of 41 years, Pamela, have lived in Cedar Rapids ever since.

Wally isn’t the only Taylor helping the Sierra Club. Pamela Taylor recently stepped in to serve as acting director of the statewide Iowa chapter until a new director is chosen.

Working with Wally Taylor against the DAPL also influenced Raffensperger to become more involved with the Sierra Club.

“I ran for the Sierra Club executive committee, because I wanted to figure out how he approached issues,” Raffensperger said. “Wally has a knack for sifting through endless details, and crafting careful arguments.” 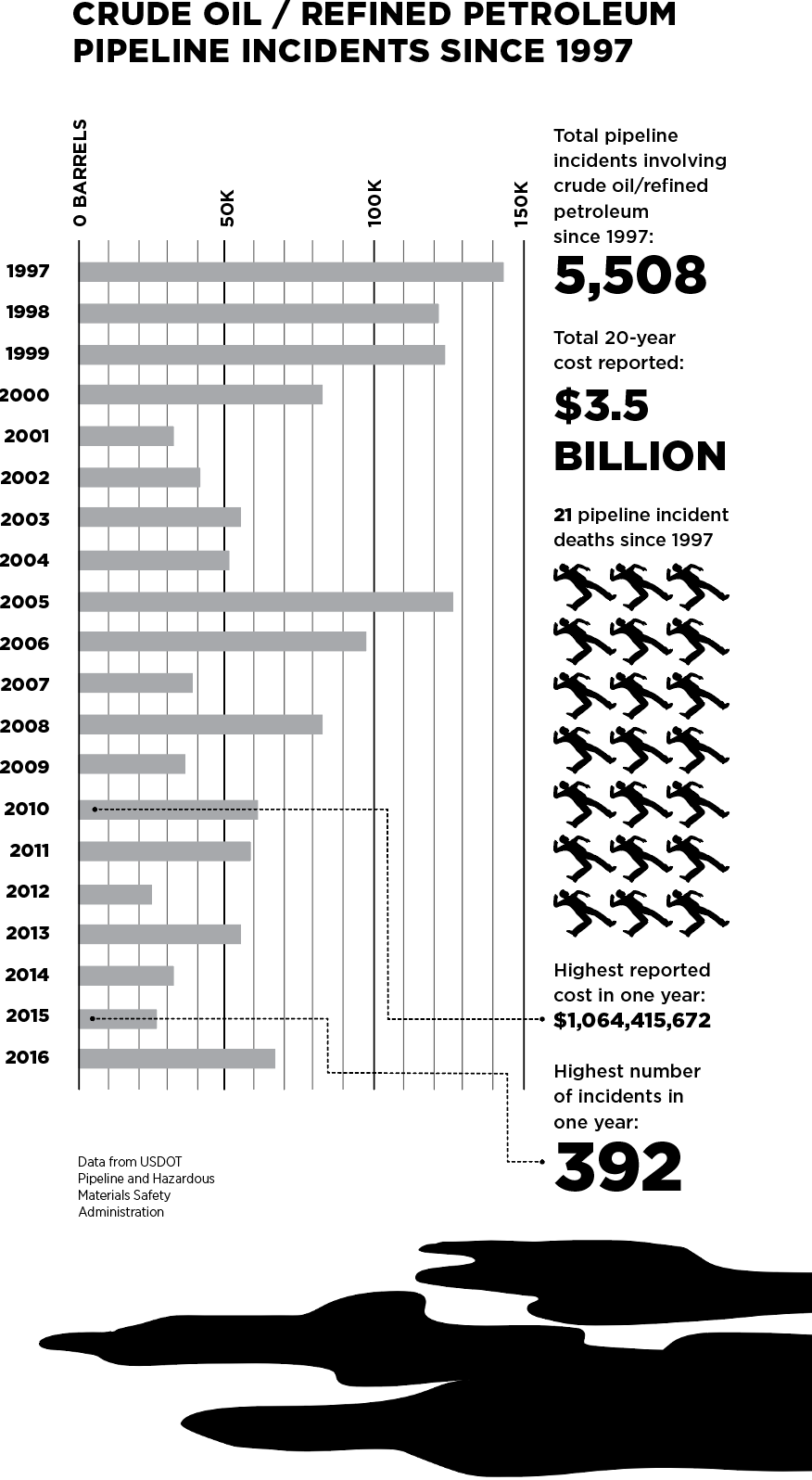 The lawyers for Dakota Access, LLC, the subsidiary Energy Transfers Partner created for the pipeline, have a less favorable assessment of Taylor. This is perhaps in part because, although oil started flowing through the DAPL on June 1, Taylor has continued challenging the permit granted by the Iowa Utilities Board in 2016.

“The fact that the oil is flowing, I don’t think makes much difference,” Taylor said. “Because Iowa case law is pretty clear that if a party moves ahead when litigation is still pending, it’s at their own risk. If they eventually lose, they have to undo what they’ve done or at least stop doing what they are doing.”

On June 15, Taylor, on behalf of the Sierra Club, and Raffensperger, representing SEHN, filed a motion to revoke the DAPL permit with the utilities board. The response by the lawyers for Dakota Access was unusually aggressive for a filing with a regulatory agency.

The Dakota Access lawyers called the argument by Taylor and Raffensperger “a knowing and intentional misrepresentation” that “destroys the credibility of the Activist Groups.” They concluded by asking the utilities board to consider taking some sort of punitive action: “The Board should, however, consider whether it is appropriate to take any steps to deter litigants, particularly those represented by counsel, who have obligations to the tribunal, from making such knowingly, demonstrably unsupportable statements in pleadings.”

Asked about the aggressive tone of the Dakota Access reply, Taylor shrugged.

“It’s their modus operandi,” he explained. “They have used bluster and bullying and arrogance all the way through. That’s how they expected to get by. We’ve held them off for a long time. Iowa put up more resistance than any of the other three states through which the pipeline goes. We’ve caused them more trouble than they expected.”

That trouble hasn’t been as dramatic as the confrontation Dakota Access has with Native Americans and other protesters at Standing Rock, North Dakota, but that doesn’t mean the corporation hasn’t felt it.

According to Raffensperger, “Dakota Access and Energy Transfer Partners have spent a fortune on lawyers. And our side, Wally and the rest of us have been donating our time.”

On July 21, the utilities board denied the motion to revoke. In its decision the board ignored the claims of misrepresentation and the request for action against the environmental groups by Dakota Access.

Dakota Access’ parent company has launched an even more aggressive legal pushback against opponents of the pipeline. On Aug. 22, Energy Transfer Partners filed a federal lawsuit claiming the opponents, including such well-established environmental groups as the Sierra Club and Greenpeace, are criminal organizations, pretending to care about the environment in order to get rich by bilking unsuspecting donors out of contributions by manufacturing unwarranted concerns about the fossil fuels industry.

“First, I had to stop laughing,” Taylor said, when asked about the lawsuit. “I can certainly assure you, this has not been a money-making venture for the Iowa Chapter of the Sierra Club, and not the national Sierra Club either.”

Taylor said that much of the lawsuit seems to address a divestment campaign, which encourages banks and other financial institutions to stop investing in the pipeline.

“I think that Energy Transfer Partners and Dakota Access might be in financial trouble, and that the disinvestment campaign is working.”

“This is obviously what is called a SLAPP suit — a strategic lawsuit against public participation,” Taylor continued. “It’s meant to intimidate the defendants into stopping their opposition to the project.”

Taylor isn’t intimidated and he isn’t finished with Dakota Access yet. After the DAPL permit was granted in 2016, Taylor appealed the decision to the Polk County District Court arguing that the utilities board hadn’t established that the pipeline would “promote public convenience and necessity” as state regulations require.

“Public convenience and necessity has never really been defined, but it’s always been applied in the context of whether the proposed project — whether it’s a pipeline or whether it’s a public railway or whatever it might be — is something that is necessary and is needed to serve the public,” Taylor said. “In this case, the board simply said that it would provide temporary construction jobs. That was their basis for saying it would promote public convenience and necessity.”

In February, the district court sided with the utilities board. Taylor has appealed the decision to the Iowa Supreme Court.

“I think we have a decent shot with the Iowa Supreme Court,” Taylor said.

Taylor may be optimistic, but he’s also realistic. He understands that the pipeline has the backing of both state and federal officials. And that backing has only solidified with the election of Donald Trump, a former Energy Transfer Partners stockholder, and the consolidation of the Republican Party’s control of state government.

So why does he keep on fighting?

The question makes Taylor laugh. “Because we have to,” he said, as if that was only answer possible.

Paul Brennan grew up in Louisiana, where the oil flows freely and spills frequently. This article was originally published in Little Village issue 227.