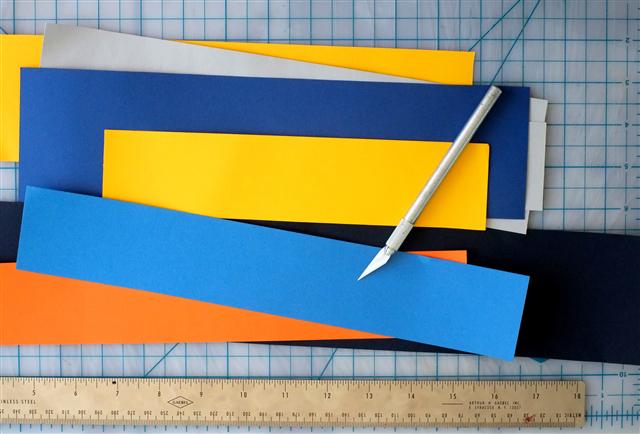 Before we get started here this month, let’s get something straight: I am by no means an expert on a wide variety of topics. I had never made pickles before July’s column. I don’t have an extensive background when it comes to fabric dyeing. I was curious about these projects, so I tried them and they happened to work out pretty well. So let me and this column serve as a crafting “trail-blazer”—I’ll cut the path and show you the way. This month, I’ve tried my hand at origami. The final result of my project is almost as good as those origami “fortune tellers” that were so hip in third grade. 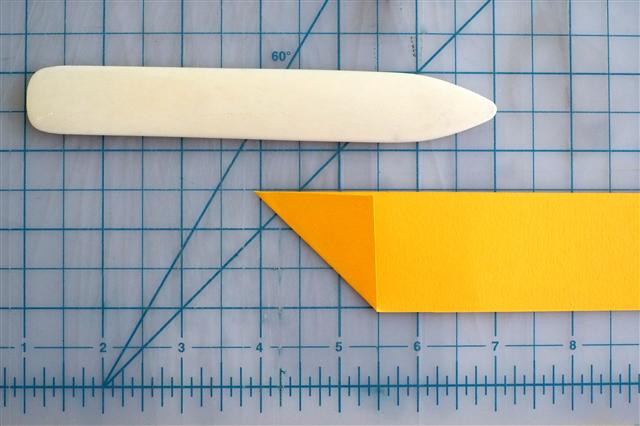 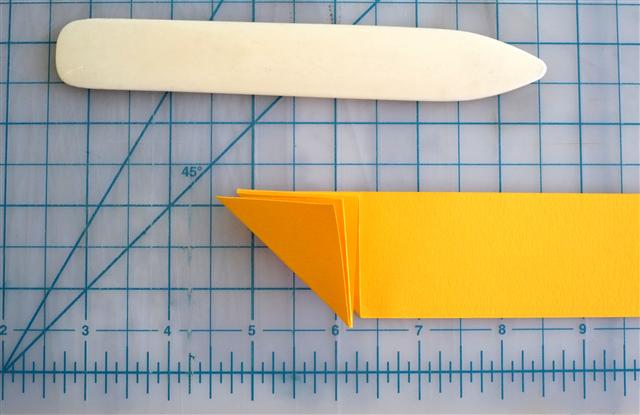 First things first you’ll need to cut your paper into strips. The strips should measure at least a one to six ratio, but I had the best luck with a longer strip. I played with different sizes and colors for what resulted in an interesting variety of little pyramid-like shapes, but you could make them all the same.

Once your paper has been cut, you’re ready to get folding. Take a single strip and fold the corner over, lining up the edges and creasing to make a triangle fold. From here, you’ll continue to fold the triangle back on itself until you run out of paper. What results should resemble a little triangular accordion.

Next, unfold the accordion and invert all the vertical folds. 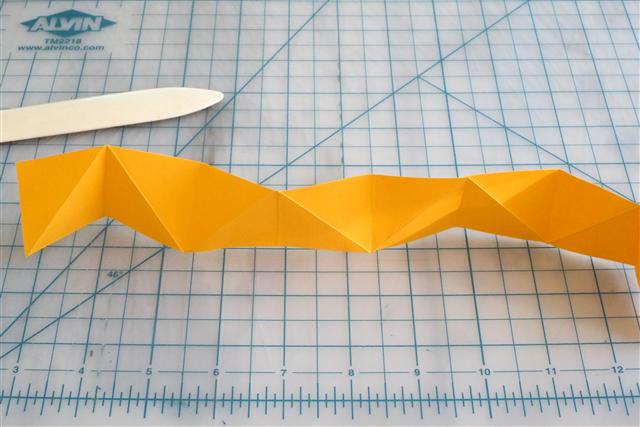 Now it’s time to start folding your six-sided shape. Have the paper horizontally in front of you and take the top left corner of your first triangle and draw it towards the top right edge of the fourth triangle over.  The original corner should have landed alongside a vertical fold. fold the shape to the right along the pre-folded lines. If it helps (this is an origami no-no!) you can use a piece of tape to connect the top edges of the first and fourth triangles to help get a feel for the shape.

Take the top left corner of your first triangle and draw it towards the top right edge of the fourth triangle down. Then working with the next two vertical creases, you will start to close your shape by “rolling” the shape along. It’s a little tricky at first, but you will figure it out once you try. When you reach the end of your paper, trim off the end triangle and insert the final segment into a slit to close it up. 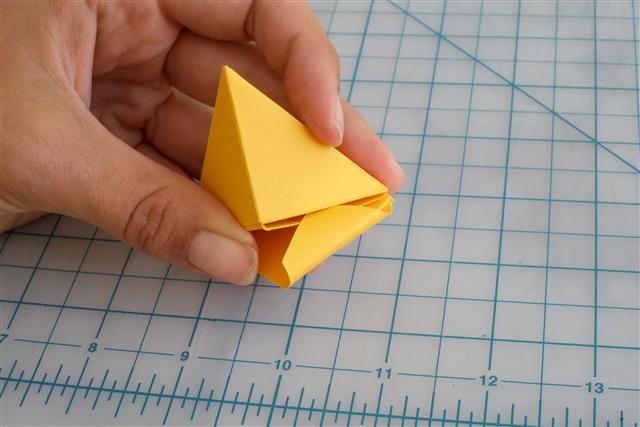 Don’t get discouraged if your first few don’t turn out that pretty. I had plenty that were off. Precision is key—so just take your time.

When you’ve folded all your paper strips, you’ll wonder what to do with all your six-sided shapes. I made mine into a mobile by threading a needle through the tops and sides of my origami and hanging them from wire I had around the house. You could thread a few together to make a necklace—It might read “I’m wearing my kids art project,” or it could be awesome. I’m not sure. You could put them around your house to provide an interesting pop of color on your shelves. If you have patience, you could package little loose candies inside as you fold them up. Mostly, though, they are just fun to make. 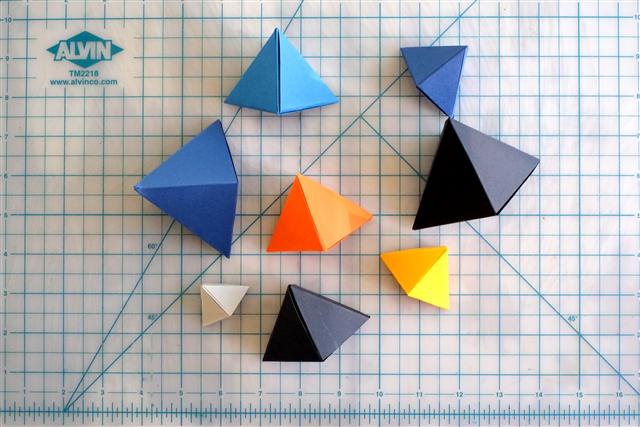