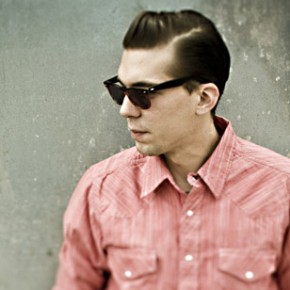 Justin Townes Earle takes country back to its roots in old-time Americana. Son of the rebellious singer-songwriter Steve Earle, Justin inherited his father’s addiction troubles as well as his musical and lyrical talent, and uses his own journey to rock bottom – and back — as inspiration. His voice sounds wounded and wary, but his songs reveal romanticism and hope beneath the pain. Though influenced by the traditional music of his home of Nashville, Justin has broken into the scene of his adopted New York with 2010’s Harlem River Blues winning album and song of the year from the Americana Music Association.

Earle will perform with Will Whitmore and Grand Tetons at the Blue Moose Tap House on Friday, March 30 as part of the Mission Creek Festival. All access passes for Mission Creek are available at Midwestix.com, and presales for this show only are available at Ticketfly.. Watch the facebook event page for updates.