Perhaps you need a comics pick-me-up to beat back the winter blahs. Or maybe you’re shopping for those hard-to-please readers on your list. Or maybe time has gotten away from you, and you wonder what comics are worth your attention. Here are five great books for whatever your comics need might be. 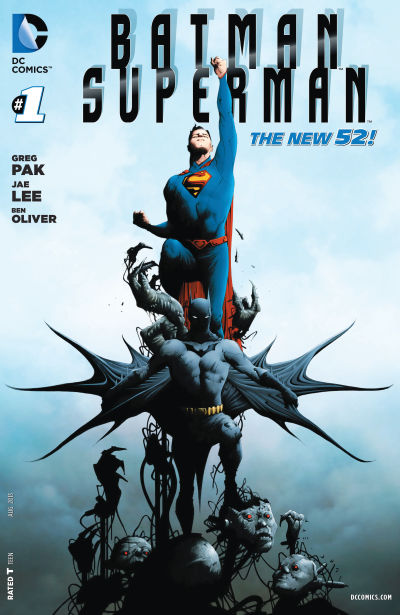 Writer Greg Pak and artist Jae Lee take us back to Batman and Superman’s first joint adventure in DC Comics’ “New 52” continuity. And as if one Batman and Superman weren’t enough, Cross World finds our heroes on Earth 2, where older versions of themselves are up to heroic deeds.

Pak’s story is engaging in that it provides rare insight into Batman and Superman’s relationship within the “New 52” continuity — a project launched by DC Comics in 2011 wherein the company canceled 52 existing series and debuted them with new first issues. The story also brings the god Darkseid to the stage — one of the baddest of the bad in the DC Universe.

But what makes the book truly special is Lee’s art. He has a wonderful eye for the architecture of both comics pages and the buildings he creates. Indeed, the book suffers just a bit when the action moves from Gotham City to Smallville because Lee has a less interesting backdrop with which to work. But his slightly elongated, elegantly rendered figures give our heroes a mythic quality that’s very pleasing to the eye. 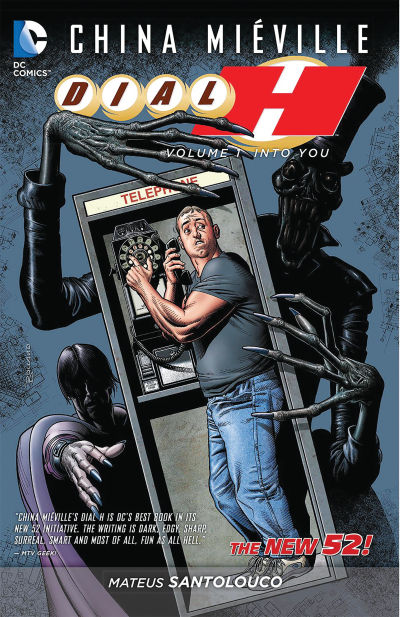 China Miéville calls his writing — which has garnered him many major science fiction and fantasy awards — “weird fiction,” and in Dial H he has found one of the weirder corners of the DC Universe in which to ply his craft.

The story follows Nelson Jent, an everyday, out-of-shape fellow who accidentally discovers an H-Dial. Each time he uses the dial, he turns into a different — often freakishly unusual — superhero for a brief period.

The conceit allows Miéville to dig deep for outrageous heroes — Cock-A-Hoop, Bristol Bloodhound, more — while also exploring how such a power might interact with the rest of the DC Universe.

The first volume features art by Mateus Santolouco while Alberto Ponticelli and David Lapham handle most of the art in the second volume. All three are willing and able to follow Miéville’s lead as he tells his weird tale, all of which is told in these two volumes. 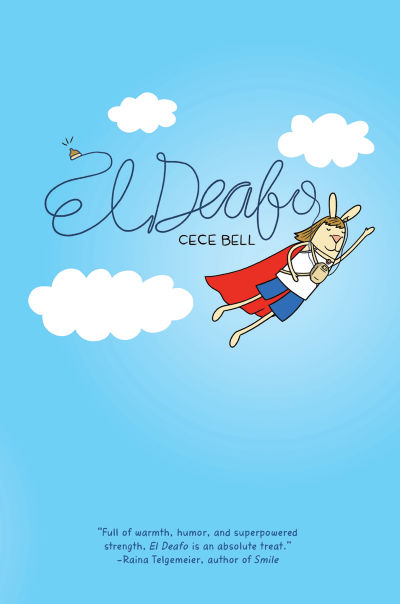 The back cover of El Deafo describes Cece Bell’s work as a graphic novel memoir, wherein Bell recounts her experiences growing up with a major hearing impairment.

In her author note at the end of the book, she explains that she was “more interested in capturing the specific feelings I had as a kid with hearing loss than in being 100 percent accurate with the details.”

To help her convey those feelings, she represents all of the characters as anthropomorphized rabbits.

Doing so, of course, highlights the prominent role her ears play in her day-to-day experience. We follow Cece’s journey as she struggles to fit in and to help her friends — and herself — understand her situation. When she discovers her Phonic Ear gives her secret access into her teacher’s activities and commentary, she creates a secret alter-ego: El Deafo, a superhero who doesn’t suffer from Cece’s insecurities.

The book will appeal to young people who might be struggling to fit in and offers a funny, heartwarming story that parents and kids might enjoy reading together. 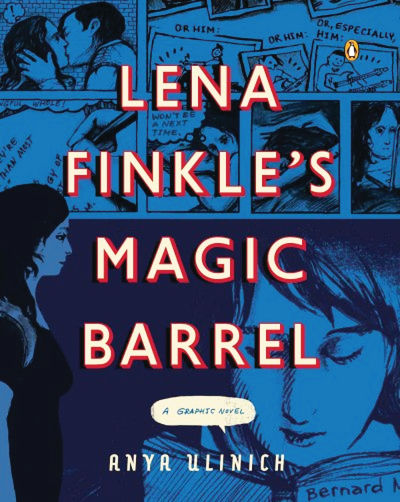 Anya Ulinich’s Lena Finkle’s Magic Barrel is a moving story about a woman’s search for love after two failed marriages. Ulinich’s art is rendered in pencil and often the corrections or edits she made, as she worked, are visible on the page, which is wholly appropriate for this story of a woman tentatively finding her way.

The story, like the art, is textured as Lena recounts her experiences moving from Russia to America as a child, her limited but intense experience with men, and her hopes as a writer, a mother and a lover.

The book is peppered with references to literary fiction. The title, for example, refers to the Bernard Malmud story ‘The Magic Barrel,” which figures prominently in Ulinich’s story. Philip Roth also makes a cameo appearance.

But Lena Finkle’s Magic Barrel doesn’t get bogged down in allusions. Rather, Ulinich’s story stands on its own as a resonant exploration of a woman’s inner life and its outward expression. 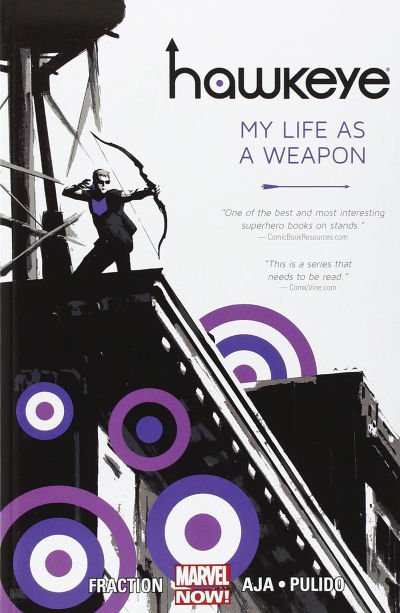 Matt Fraction tells the story of Hawkeye, archer and underappreciated Avenger (you’ve noticed the character hasn’t gotten his own movie, right?). Deep knowledge of what’s going on across the Marvel Universe isn’t necessary to enjoy these books.

As the introduction puts it: “Clint Barton, a.k.a. Hawkeye, became the greatest sharpshooter known to man. He then joined the Avengers. This is what he does when he’s not being an Avenger. That’s all you need to know.”

What’s also worth knowing is that colorist Matt Hollingsworth — perhaps even more than primary artist David Aja — gives Hawkeye its distinctively cool look. Hollingsworth describes his approach at the end of the second volume, explaining, “Hawkeye is colored with minimalism in mind. Generally, as few colors as possible are used across the issue.”

Francesco Francavilla handled the color for the 10th issue (which appears in Vol. 2), and though his approach nods to Hollingsworth’s, the sudden shift is jarring. Happily, Hollingsworth was back on the job for the 11th issue.

Rob Cline seeks out the good and bad across the comics landscape as the Colorblind Comics Critic.