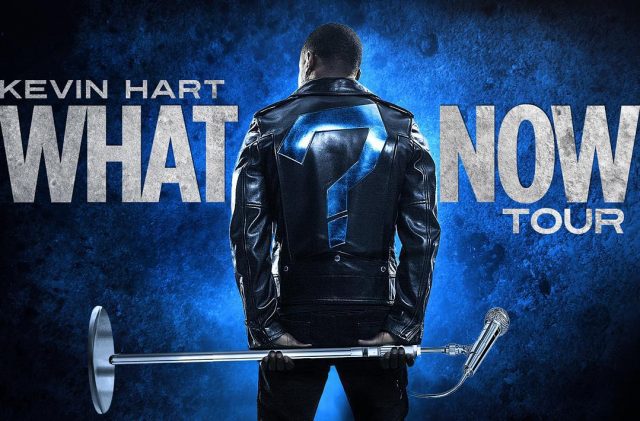 “Everybody wanna be famous, nobody wanna put in the work.”

Kevin Hart chants this with his team each time before he goes on stage, quotes it within his show and shares it between his various social media sites. He has put in the work and is now extraordinarily famous. In the last five years, Hart (active in Hollywood since around 2000) went from being a relative unknown to being one of the most famous comedians working today, an a-list movie star putting out hit after hit. His current tour, What Now, will stop at colleges across the country including the University of Iowa this Saturday, Oct. 3, 8 p.m. at Carver Hawkeye Arena.

Hart grew up in a Philadelphia community that saw many of its young, black men end up in gangs, in jail or dead. He credits his mother with keeping him involved in school and activities to ensure he didn’t fall into that life, and maintains a non-confrontational style that often comes out in his comedy, with frequent anecdotes involving his lack of desire to engage in physical confrontation.

From his first stand-up special, I’m a Grown Little Man (2009), to his most recent show, Let Me Explain (2013), Hart uses himself and family as the jumping off points for his humor. Hart has two kids, who serve as a lot of his material, along with his now-ex wife. His height, lack of ferocity and challenges while parenting are also big parts of his self-deprecating humor. Along with relatable content, Hart’s incredible timing and animated delivery make him cry-laugh hilarious.