As Democratic candidates for president endlessly cycle through the state, it can be easy to lose sight of the city council elections happening in Iowa City and Cedar Rapids on Nov. 5. Little Village sent questionnaires to all the candidates in order to offer readers a brief profile of each. (Jorel Robinson did not respond to the questionnaire, so information from a phone interview conducted last month was used for him.) Illustrations by Blair Gauntt

Two at-large seats are on the ballot. Because both of the councilmembers vacating those seats are men, and all the candidates are women, the next city council will be majority-woman. 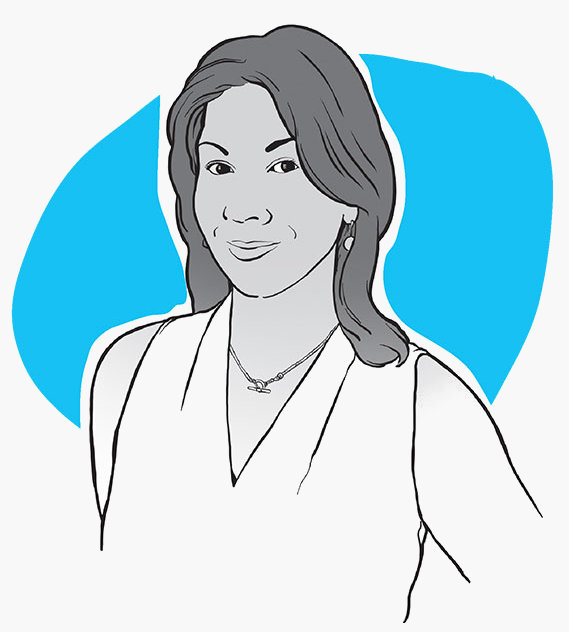 After years of working with community groups — from the South District Neighborhood Association and Black Voices Project to Big Brothers Big Sisters and the Iowa Women’s Foundation — as well as her service on the Iowa City Housing and Community Development Commission, Megan Alter decided to run for office.

“[W]hile I appreciate what can be done by individuals and organizations, I want to be impactful on a larger scale,” she said. Alter came to Iowa City for graduate school and decided to make it her home.

She sees a series of interrelated issues forming the biggest challenge facing the city: the need to create affordable housing, improving public transportation “so that it is convenient, accessible, safe and efficient,” and addressing the lack of affordable quality child care.

Alter favors creating city housing vouchers “to supplement those received from HUD.” She is also a supporter of city-lead efforts, such as “the South District Home Investment Partnership Program pilot program for home ownership.” Alter describes herself as “a staunch believer in pilot programs and community feedback to implement, correct or improve, and advance experiments so they can be successfully brought to scale.” 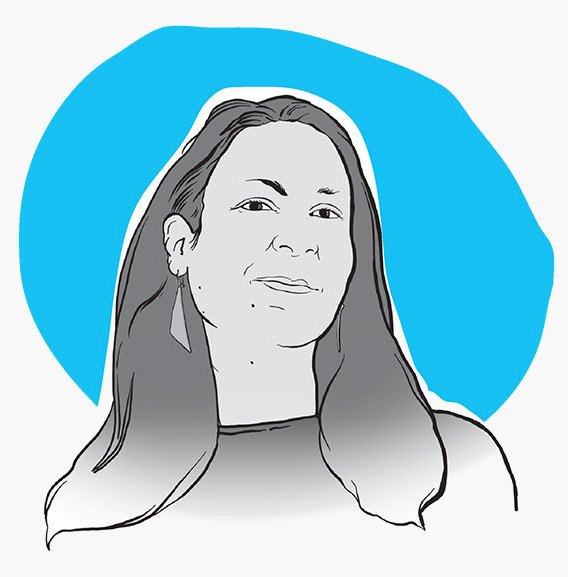 “Local government excites me,” Laura Bergus, a lifelong Iowa Citian, said. “My first job was televising Iowa City’s city council meetings, and my first career was dedicated to improving communication between the city and its residents.”

But asked what her top priority as a councilmember would be, Bergus chose “improving the process” rather than a specific issue. “Good process is transparent, reliable and accountable,” she said. “City council must focus on policy, not micromanaging … I will speak up if the city council gets stuck in the weeds. I will push staff to make city information easier to find.”

Bergus served on the Iowa City Telecommunications Commission for nine years. She has also been active with community groups, including the South District Neighborhood Association and the Community Foundation of Johnson County, and she does pro bono legal work through Iowa Legal Aid’s Volunteer Lawyer Project. 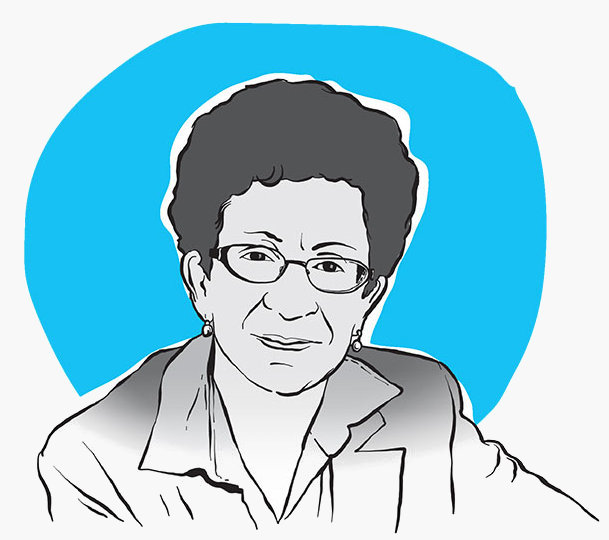 “My parents instilled in me the ethos of public service, which I embraced, serving my country for 26 years as a Foreign Service Officer (diplomat),” Janice Weiner said. She believes her “dual perspective of growing up in this community, then viewing it with new eyes when I returned home” after living in many other countries will make her effective in identifying problems and creating solutions.

Weiner said her legal training — she attended Stanford Law School, after graduating from Princeton — taught her how “to examine issues from all angles,” and her diplomatic background has given her the ability to deal effectively with people of all backgrounds.

She lists “affordable housing, transit that works for all, lack of quality, affordable daycare and infrastructure issues,” as the city’s biggest challenges, and said she would focus heavily on daycare, “which is an economic as well as a social justice issue.” Weiner said she would be mindful of funding issues.

“Solid finances must be part of the whole,” she said. “But having everyone at the table is key.”

Since returning to Iowa in 2015, Weiner has been contributed to community organizations and serves on the boards of Shelter House, UNA-USA and Agudas Achim Synagogue.

Cedar Rapids will have three contested city council positions on the ballot: two at-large seats and the District 2 seat. 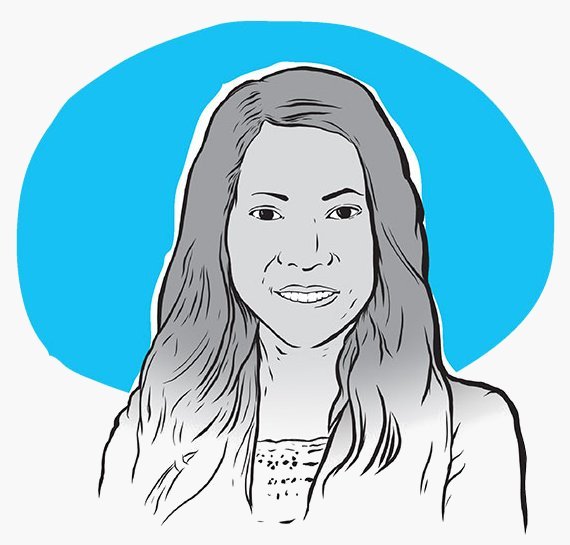 Director of community health and nutrition programs at Horizons: A Family Services Alliance

“Many years ago, I moved to Cedar Rapids in order to go to school and build a better life for my family,” Sofia Mehaffey said. “I was a single mother of two, and we lived in poverty on government assistance. What happened over the next decade was miraculous — because of the community support here, I was able to achieve masters-level education, escape the cycle of poverty and give back to the community in a truly meaningful role with Horizons [a nonprofit that assists underserved populations].”

Mehaffey said she is running for city council to make sure the kind of support she received is available to everyone.

“Public Health encompasses many components of city and community development — including housing, access to city resources and infrastructure,” Mehaffey said. “The built environment can be influenced by city incentives and ordinances, and decisions made on behalf of the community must reflect constituent needs and the public good.”

Mehaffey serves on the boards of numerous community organizations, including Family Promise of Linn County and NewBo City Market, and is completing a term on the Linn-Mar School Board.

If elected, Mehaffey would be the first black woman to serve on the Cedar Rapids City Council. Only one other black person, Dale Todd, has served on the council. 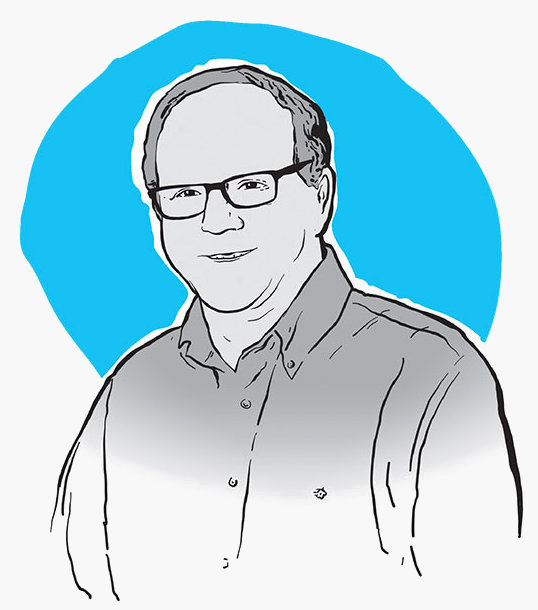 “I saw an opportunity to create a homeowner lending program, Neighborhood Finance Corporation (NFC), which would make home loans in the older neighborhoods of Cedar Rapids,” Overland said. “… After a lot of hard work, I was successful in bringing NFC to Cedar Rapids last year. So far, NFC has made 28 loans totaling over $1 million.”

Overland said that if he’s elected to a second term, he will “continue to advocate for strengthening neighborhoods through promotion of NFC.” He will also work on affordable housing for both homeowners and renters.

Prior to running for city council in 2015, Overland served for nine years on the Cedar Rapids City Planning Commission. He is a trustee of the Indian Nature Creek Center and works with a number of other area nonprofits. 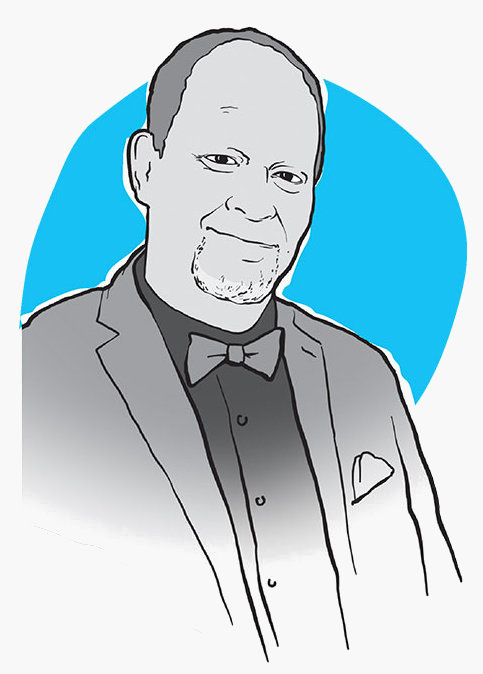 Patrick Loeffler said his reasons for running are simple: “[B]eing a lifelong CR resident, and having grandkids in the school system, has been very motivating.”

“Public safety and the shooting issues lately have me very concerned,” he added. “Flood protection is personal … I want to make sure of the follow-through for the westside protection.”

Loeffler is president of a union that represents workers in the building trades throughout eastern Iowa, and owns Corner Store Apothecary & More, a Czech Village shop that sells CBD oil and hemp-based products.

“I truly feel every job I have had has led me to where I am now,” Loeffler said.

As a union leader, “I represent everyone no matter of race, religion or political views.”
“I feel I have the knack for bringing people together and working through the obstacles and differences,” Loeffler said.

Loeffler serves as co-chair of the Master Facilities Oversight Planning Committee for the Cedar Rapids school board and has been an active advocate for the legalization of medical marijuana in Iowa. 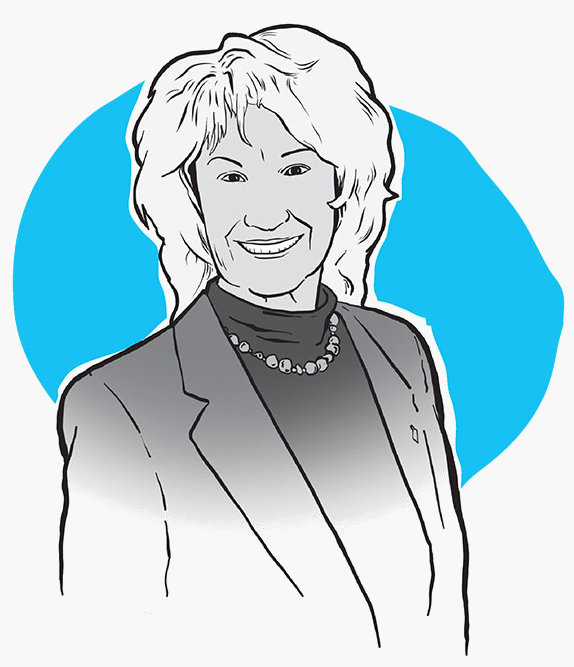 Ann Poe said it was her experience as community liaison for the Rebuild Iowa Office (RIO) following the 2008 floods that first inspired her to run for city council.

“There was still so much rebuilding to complete by our City Government, citizens and businesses and believed my knowledge and experience with RIO provided me the opportunity to continue to support our recovery efforts,” Poe said. “Disasters are personal. The flood affected my family, a family home [we’d had] for over 80 years and the community I love.”

Poe was first elected in 2011, and is seeking her third term as an at-large councilmember. Poe said she wants to continue to work on infrastructure — Paving for Progress and the flood control system — and targeted economic development “like supporting the Czech Village and NewBo District Plan.”

She supports expanding programs at recreation centers across the city “to keep kids active and off the streets.”

“The concept is a good one, but very expensive,” Poe said. “We are actively in discussions with the school district that would open up facilities and provide programming and mentoring for our youth.” 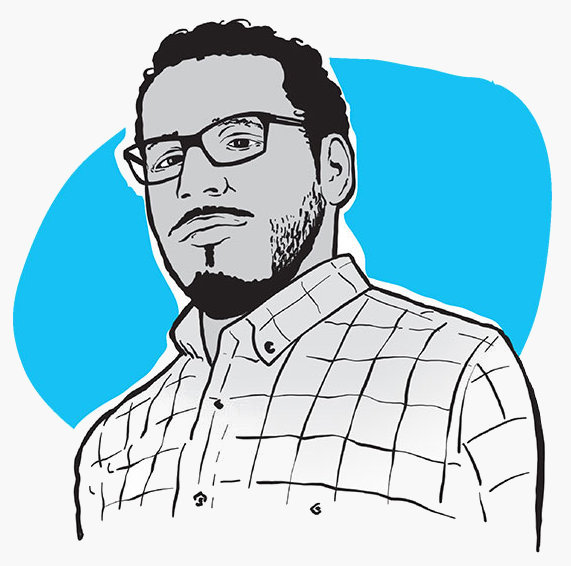 Jorel Robinson cites the need for the city to improve its response to gun violence as a major reason for running.

“I had a friend who was shot by a police officer, and besides that, just the number of kids I know in this community who have experienced gun violence,” Robinson said.

Robinson believes that making sure young people have productive things to do would reduce gun violence, since it would help them avoid becoming involved in the “wrong things.”

If elected, Robinson said he would also focus on affordable housing and improving how city government shares information.

“As a person who works at GoDaddy, that’s all I think about,” he said. “There are so many updated ways to get this information out to people.”

Robinson added, “Our elected officials should be trying to create excitement in our city and give people a reason to want to live in Cedar Rapids and have a family here.”
Izabela Zaluska contributed reporting to this article. This article was originally published in Little Village issue 273.