The Most Fun We Ever Had

Reading: Claire Lombardo, The Most Fun We Ever Had 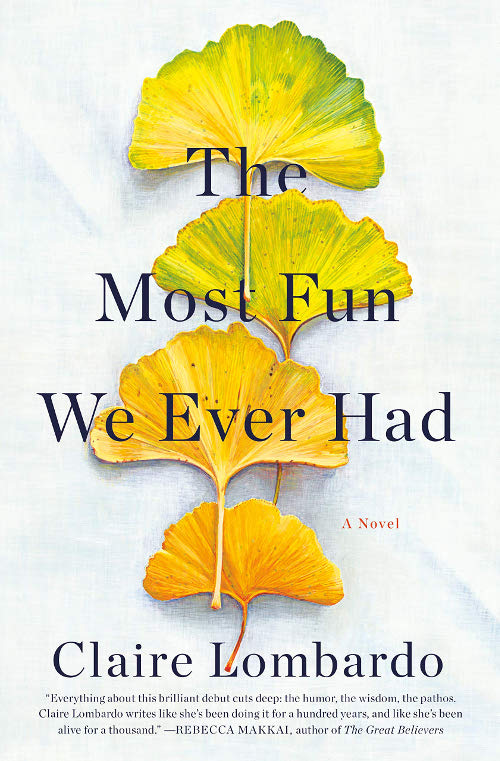 In Claire Lombardo’s debut novel, The Most Fun We Ever Had, she isn’t afraid to tackle the biggest of topics, specifically for women—sisterhood, fear, general annoyance and birth or the absence of it. The reader gets an intimate look at the conception of the Sorenson family (literally, considering Lombardo’s plethora of sex scenes), giving narrative control to each member: Marilyn and David Sorenson and their four daughters, Wendy, Violet, Liza and Grace.

By moving back and forth between the story of the family’s growth from the ’70s to the ’90s and the Sorenson family in 2016, Lombardo is able to weave a classic secrets-will-be-spilled plot while creating a hilarious, original and authentic vision of a wealthy — and sometimes hostile — hive of Midwesterners who do ultimately love one another.

Lombardo is expert at crafting any sentence, using n-dashes, colons and semicolons liberally while keeping the thoughts concise and understandable, with realistic human inflection in dialogue. Though some of the family interaction feels too set up and situationally ideal, the picture-perfect and yet uncomfortable atmosphere forgives these moments.

Something most admirable in Lombardo’s world is that extreme wealth is not normalized. The Sorenson parents live in a large, suburban house, while their daughters live in two-story condos, their own gigantic houses and — highly coveted in a college landscape — a studio apartment. Their white privilege and rich lifestyles aren’t left unacknowledged by the other characters; quick quips about barre classes, $40 headbands and organic Whole Foods delicacies abound.

The Most Fun We Ever Had is emotionally real in an abrasive way, and this makes the novel magnificent. It is a reality check — an invitation to call your family, chosen or otherwise. Lombardo invites any reader to look upon their own ways of loving those around them: children, parents, sisters or strangers. It’s a stunning accomplishment for a debut.