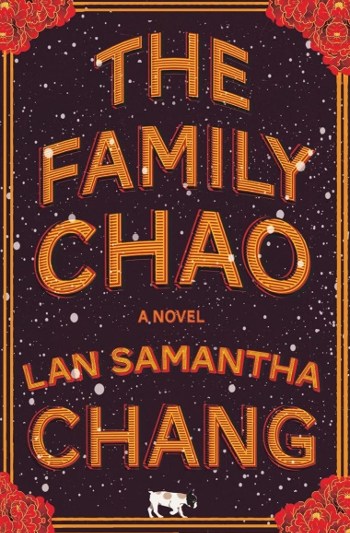 Family can be a tricky balancing act.

Lan Samantha Chang, in her newest novel, gives the central family the surname Chao, making them collectively, of course, the Chaos. There are a couple of sections early in the book where she really locks the reader into what seems like an obvious analogy: “‘We Chaos, who are full of passion and inner chaos!’” one character says on page 52. And then, in a description of a party on page 63, “… food, drink, loud talk, and laughter, children running, shrieking, breaking things, chaos, more chaos …” As an editor, I am still pondering whether I’d have advised Chang to keep those almost heavy-handed moments.

But as the novel progresses, it becomes clear that Chang is not taking this choice of naming lightly.

In physics and math, chaos is not used like the colloquial term meaning “complete disorder and confusion.” Instead, it is used to describe a state that balances precariously between order and randomness. It examines systems that may seem random or disordered, but are in fact deeply deterministic and respond with sensitivity to conditions set at their origin. Our universe, for example, is not random, or neatly ordered, but chaotic. Like family.

There is chaos in the way family traits are passed down. When Chang describes the Chao brothers’ dismay over which of their father’s characteristics they each possess, she deftly conveys the inevitability and predictability of that inheritance, yet also the way in which it is never clear at first glance, the way it tempts each recipient into denial. Chang expertly reveals the fractal chaos in the way families grow into communities, independent yet interconnected; in the way immigrants grow into Americans; in the spread of rumor; in the ebb and flow of faith.

More than simply the subtle truth that all families are C/chaos, though, The Family Chao (W. W. Norton & Company) is about other feats of balance — is, itself, such a feat. As a story of first generation experience, it captures the precarious path that children of immigrants must navigate between fulfilling their parents’ dreams and crafting their own, between embracing the culture their parents gave everything for them to be part of and becoming too American for their parents to recognize.

Chang describes how a spirit “wandered quietly between the living and the dead,” how a character “exists in a liminal space bridging his old self to a future self he can’t yet grasp.” The novel explores duality by examining that liminal space of neither and both, and it does so while existing in its own liminal space between weighty family drama and wild, unpredictable mystery. (And, without spoilers, I’ll say that the novel’s coda is exquisitely set in possibly the most truly liminal, and the most quintessentially American, place that exists: Las Vegas.)

Did all paths lead inevitably and predictably to The Family Chao’s inciting event? Is the hope of self-determination that brings so many immigrants to the U.S., and which ultimately condemns these characters, merely a pervasive American myth? Are we all trapped in a deterministic chaos? Chang doesn’t, of course, offer answers. But as each possibility buds, then blooms into its own fractal path, Chang’s clear and driving prose makes the questions a delight to contemplate.

This article was originally published in Little Village issue 303.