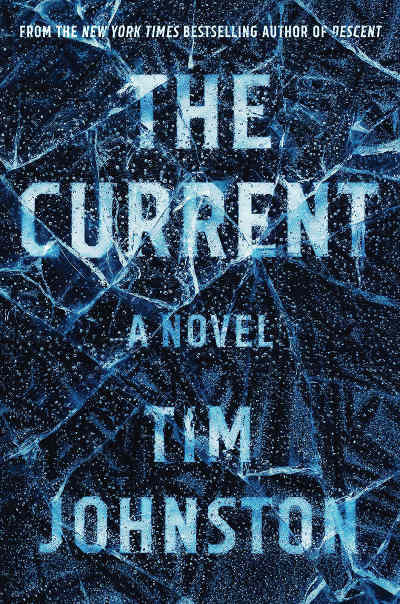 For 19-year-olds Audrey Sutter and Caroline Price, a road trip turns into tragedy when they narrowly escape an assault and the Georgia natives’ car skids out on icy roads and — after being bumped by an unknown car — winds up in a wintery river. Was it an accident? Or murder?

Audrey and Caroline’s mystery echoes one a decade old: Who killed Holly Burke at that same icy river? Was it an accident? Or murder? Her killer is still on the loose.

This story feels so very real. Corruption and lies from people in power, #MeToo: The Current weaves in these contemporary themes in believable ways.

Traveling on a desolate Midwestern winter night sets the tense mood of this book. There’s gossip, isolation, danger and risk that belies a welcoming neighborly facade. There’s a dark side to Iowa Nice.

The Current is not just a thriller. It layers atmosphere over storyline over memory over individual. No character felt underdeveloped. Familial and friendship bonds connect the players, and you know they all know what love is, especially when it’s really loss that drives them.

The metaphor flowing through The Current came off as too overt at times. You will definitely know what “the current” is by the end of this book. This flaw is forgivable.

This story itself still hits home: Two college students lost their chance to come of age. One loses her life, and the survivor rebounds from the accident and takes on the role of detective. Who killed Holly Burke? The Current delivers a literary mystery worth plunging into.

This article was originally published in Little Village issue 259.