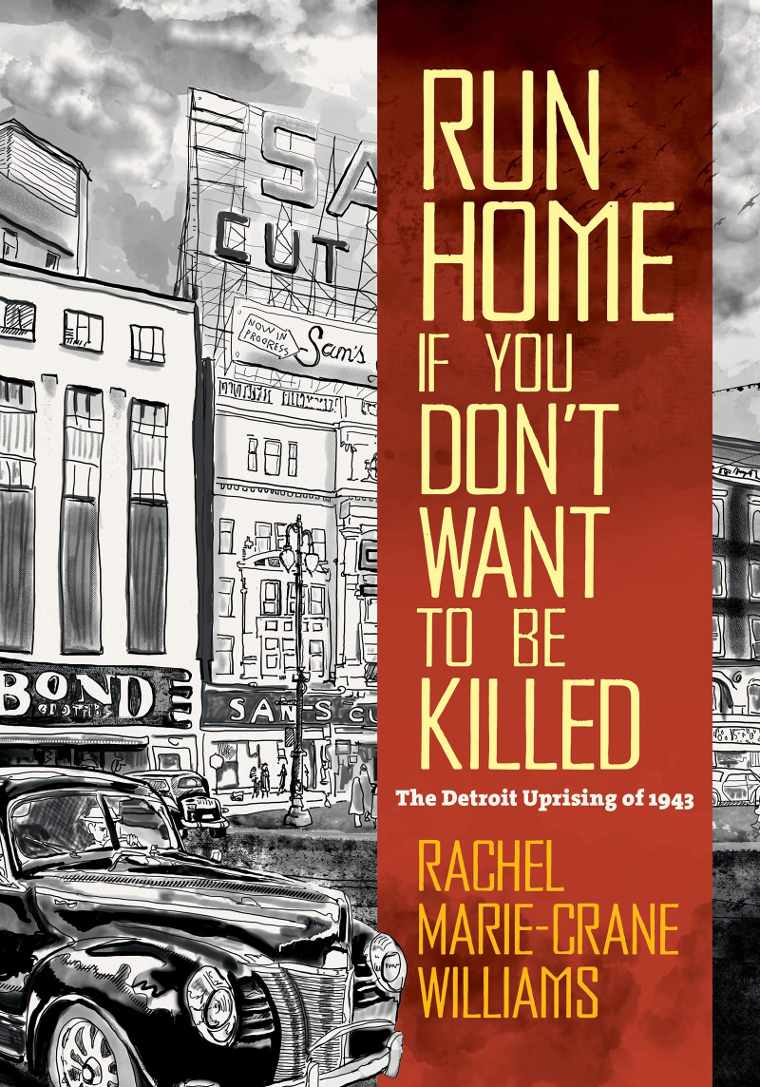 Local author and University of Iowa professor Rachel Marie-Crane Williams’ beautiful new book, Run Home If You Don’t Want to Be Killed (The University of North Carolina Press), is a tense work of graphic history. Many people are aware of the riots in Detroit in 1967, but fewer know of the earlier riot in 1943, the details of the two days of violence that erupted in the city or the stories of the 34 people who lost their lives. Williams’ book is an excellent entry into the events that led up to the riots that June, both a retelling and a visual representation of a time of intense transition.

The story is told from multiple perspectives, from the white and Black civic leaders trying to find a way forward to the Black men and women organizing marches and strikes on the local level. Most interesting to me, and the driving force of the book, are the tales of the women. Williams made sure that the narratives of the Black women involved in the strike and the housing crisis were their own, with direct quotes and affidavits culled from the Detroit archives of the NAACP.

The author, who is white, notes in the forward to the book that she struggled with speaking for others, so instead chose to tell the story with authentic accounts of the events that happened. The women’s stories were incredibly poignant, and they ranged from convincing their husbands to join the unions, to taking part in the marches, to looking for children after the riot. Hearing from women is vital, as they are often the backbone of any movement, and their stories are often erased from history.

The black, white and gray drawings and art in the book are beautiful and help to further parallel the tension of the time. The Black women in the book are drawn with a range of emotion, whereas the white characters seem flatter, especially those white men in power. Similarly, the police are drawn with angry, pinched faces. I found myself pulled between wanting to read the compelling narrative and wanting to examine the drawings.

Williams does not dance around issues of police brutality and incompetence, and this is clearly seen in the pages that deal with the riot itself. She does not paint the police with a soft brush; it is clear through the illustrations that sympathies should and do lie with the marginalized. While I was aware that I was reading about an earlier time, the drawings of people and the emotions on their faces conveyed emotions similar to what we see today.

Liminal is a good word for the book as well. It straddles work of art and academic study. It is rooted in history, but no modern reader will be able to read it and not think of modern violence. Liminal is also an apt description of the city of Detroit itself, always in transition, but rooted firmly in its past. This is a beautifully illustrated book about a little known instance in American history and definitely worth a read for historical perspectives on structural racism.

This article was originally published in Little Village issue 294.