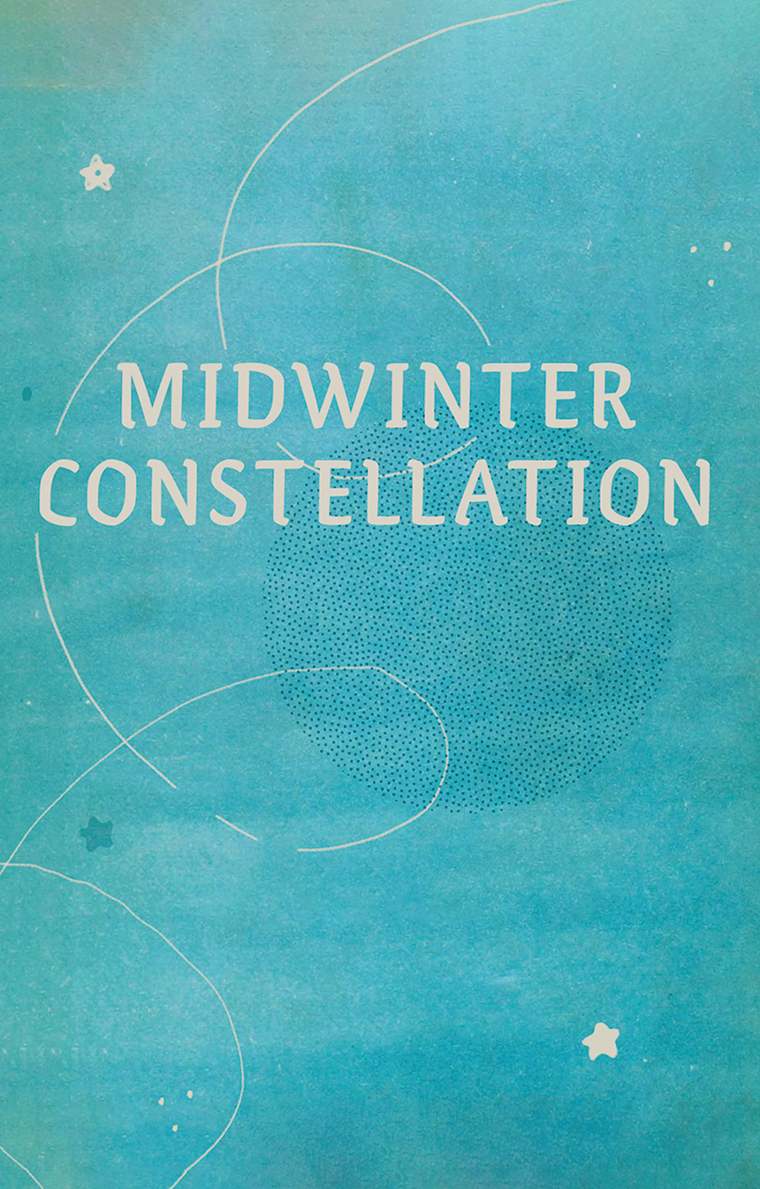 Midwinter Constellation (Black Lawrence Press) is the collaborative effort of 32 poets paying homage to Midwinter Day, by Bernadette Mayer, on the 40th anniversary of its creation. It is the brainchild of editor Becca Klaver who states in the afterword that she created this virtual space to be transparent and collaborative, following the “six-part structure of Bernadette Mayer’s epic of dailiness.” Constellation’s sections are divided into dreams, morning, noontime, afternoon, evening, night.

The impact that Mayer releases in 119 pages is a subtle and slow burn, the story of a day resonating far beyond 1978, causing generations of poets and readers like me to acknowledge that there is meaning in the domestic, a spark of life in the things we take for granted. As with Mayer’s shifting format and language (sometimes rambling, sometimes concise and biting), the 32 women who pay tribute in Constellation match pitch, passion and tone as each section nods to its inspiration.

There is a magic to the original, and Klaver and Co. (as credited on the spine), with their deep connection to it, manage to capture that same lightning in this new bottle. “The wisdom of Mayer choosing the winter solstice as the day for her project is revealed throughout our homage: it’s not only the shortest day of the year, but also one with an appealing mix of ordinariness and specialness,” Klaver notes, again in her afterword. “Is this the daily or a holiday? I find myself wondering as I reread our book. The answer is that here, again, is the epic everyday.”

I want to say that Constellation breathes new life into Midwinter Day, but that isn’t quite right. Learning the original text earlier this month, I was surprised to find how little it had aged since its conception. More accurately, what Constellation does renew its source material. In 2018, with all the technology and all the obligations of the world only having increased, we see more clearly that the issues Mayer discussed (shopping malls, parenting, wilderness) are ongoing — but we see them from more perspectives, which here coalesce.

There is no clear delineation between writers, the flow is seamless as it mirrors Mayer’s verse, as with this stanza from the Morning section, which likely resonates more universally upon the release of the publication than it may have when it was written: “Being far away from everyone you love / starts as personal novelty / ends as cultural condition.”

Beyond paying homage to Midwinter Day and Bernadette Mayer specifically (Klaver notes that the name “Bernadette” is used 25 times throughout the text, often appearing as a character), the contributing poets are also revering the written word itself, to the creative process. “Driving and listening to music is writing / just as for Bernadette / tape-recording and taking / pictures and making / spaghetti and dancing / to the Talking Heads / was writing.”

Klaver sums up the ambitious project simply: “It took thirty-two of us to prove again what Mayer already showed: if you heed one day closely enough, you will transcend the illusion that somehow our individual lives are ours alone.”