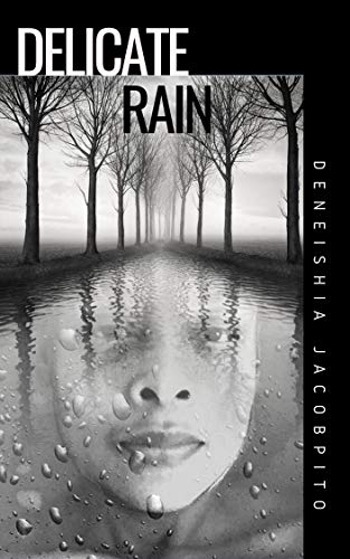 Deneishia Jacobpito’s story Delicate Rain, released in April of this year, follows the short journey to healing of the main character, Francesca DeLouise (Frank). Frank has spent her life in New York City, but finally, much to the dismay of her best friend, Lynn, she decides to head west.

The opening of the story is a nod to the tough life that New York can demand of its residents. Frank has lived through failed relationships and a high-stress career as a lawyer. Although she loves Lynn and has built a life in the city, she has inherited property in Colorado. Frank is determined to start fresh.

As Frank takes the road trip to a small Colorado town, the past seems to melt away from her. Her Aunt Trixie has left her some land and a remote broken down cabin. As she approaches the area of her inheritance, Frank sees Charlie, who is dancing in the field, and is immediately smitten.

As Frank begins to settle in, she gets to know Charlie as she renovates the cabin. They share a metaphysical connection that seems to relax and embrace them both. Without revealing the end of the story, know that readers will see a remarkable transformation in just a few pages.

Frank, who was overwrought by the racism, homophobia and body shaming of the world, becomes a new woman in her new environment. The only moment that challenges suspension of disbelief is that a lifelong New York City lawyer has all of the know-how and skills to rebuild the cabin, including solar panels — all on her own.

The close third-person narration brings Frank’s feelings and thoughts into sharp focus while allowing a distance from Charlie and the legacy Aunt Trixie has left Frank. Still, Charlie and Trixie both play important roles as Frank finally becomes the woman she truly wants to be. Although the plot is predictable, the writing itself is well-crafted and lovely.

Jacobpito — a Cornell College graduate and an editor at Pollinate Magazine — presents this short story as a book unto itself. It left me wondering how it would interact with other stories as part of a collection.

Overall, Delicate Rain is a nod to the stresses of modern life and an homage to the need all humans have to connect to their history and to find true love, whatever form it may take.

This article was originally published in Little Village issue 284.