Visitors to downtown Iowa City may have noticed some shiny new parking meters in recent days.

As part of a parking meter pilot program, city officials have temporarily installed meter equipment from five different companies in a bid to gain feedback on which is the best fit for Iowa City.

The trial program runs until April 26, during which time local businesses and the general public are encouraged to stop by and become better acquainted with these newer models.

With credit cards, cash and smartphones replacing nickels, dimes and quarters, these units should be a welcome change for those who never seem to have enough change on hand.

City officials hope to select a model and roll out a more extensive meter installation by July 1, according to Transportation Services Director Chris O’Brien. In addition to public feedback, city officials will take into account unit cost, durability and company reputation in determining which company will receive a contract.

July 1 also marks the launch of the City’s new “first hour free” initiative, through which the Capitol Street, Dubuque Street and Tower Place parking ramps will no longer charge for an hour or less of parking. The Court Street Transportation Center will join this list later in the summer.

Alongside the “first hour free” initiative, however, comes a rate increase for both on-street and ramp parking. C’est la vie.

Check out a few of the new parking meter models:

Near the intersection of Iowa Avenue and Clinton Street 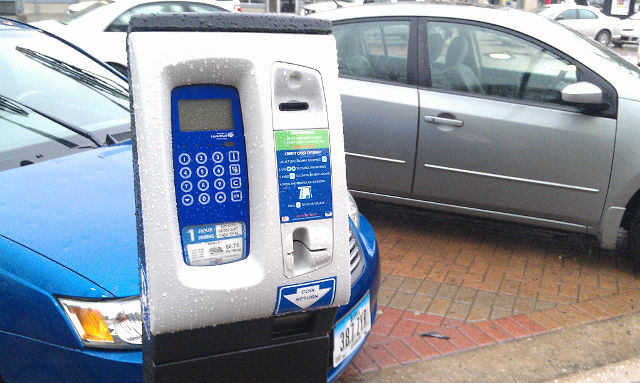 Near the intersection of Iowa Avenue and Clinton Street 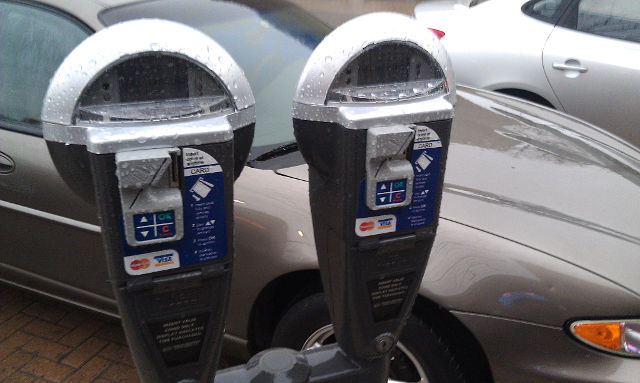 Near the intersection of Washington Street and Clinton Street 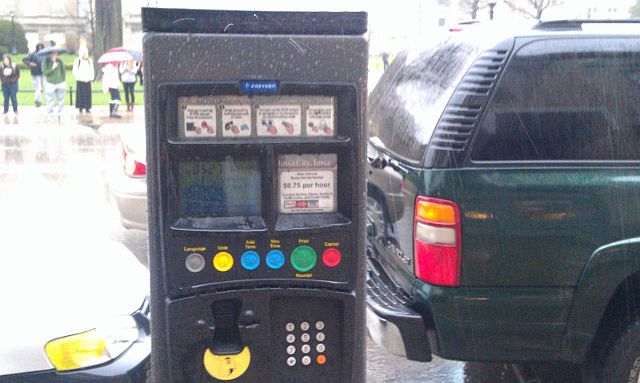