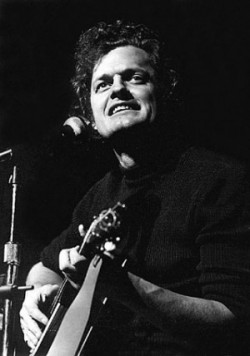 On Dec. 7, Harry Chapin would have been seventy years old. He died in 1981, so why remember him now?

One could make the case that the early death of any artist is tragic. How much was left uncreated? In Harry’s case, how much left unsung?

But that standard merely puts him in the category of singers like Jim Croce, Buddy Holly or Hank Williams. To me, Harry was different. In his thirties he released songs far beyond his years like “Taxi,” “Cat’s in the Cradle” and “Tangled Up Puppet,” emerging as a uniquely sensitive painter of musical character portraits. He created relatable characters like “Mail Order Annie” who came to the Midwestern plains, and Martin Tanner, the tailor who sings opera in his shop late at night because the “music was his life, not his livelihood.” A chilling song about Charles Whitman, the sniper on the Texas Tower, a song about a starving child in Africa; like few others, Harry Chapin could start with a simple phrase and wind up encompassing all the loneliness, despair and basic need to make a connection that define the human experience.

Harry could sing a question about youth, idealism and memory, asking us if we could, “Remember when the music / Came from wooden boxes / strung with silver wire / And as we sang the words / it would set our minds on fire / For we believed in things / and so we’d sing.” That song, “Remember When the Music,” was written only hours after hearing about the death of his friend, the political activist Allard Lowenstein.

Everybody familiar with Chapin’s work has their own favorite. For me, his song “WOLD” was a major influence on my novel A Good Man, which started as a book about a charlatan evangelist, but ended up being about a burned out radio talk show host. In the first five pages I wrote, the evangelist was being interviewed by a drunk DJ in Florida as a hurricane raged outside. I needed a name for the host, and that’s when I remembered Chapin’s “WOLD.” Five pages later, that radio host was the main character and the evangelist had gone from being a liar to being a true prophet, and a secondary character.

In “WOLD,” Chapin did what every novelist tries to do. In a few minutes, he created a real person and gave that person a life. “I am the morning DJ on W*O*L*D/ Playing all the hits for you / wherever you may be / The bright good-morning voice / who’s heard but never seen / Feeling all of forty-five going on fifteen.” Me, I took his DJ and gave him a past and a future. Harry took five minutes; it took me 280 pages.

Most of Harry’s songs are like that: the essence of a life in a few minutes of music. The lives of people who struggle, who have dreams, who search for meaning and dignity. Just for those songs, he deserves to be remembered, but Harry Chapin was more than his music. Anybody who ever went to his concerts, who ever heard him speak about our responsibility to each other, has another reason to remember him. 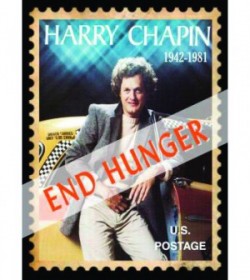 I was introduced to Harry before I knew he was a singer. Back in 1975, I was flipping tv channels and paused to watch a long-haired young man being interviewed about the problem of hunger in America. He was articulate, passionate and charismatic. I had no idea who he was, but I watched the entire interview only to discover at the end that he was Harry Chapin.

From that time, I followed his music and his message: “We’re all in this together.”

Before there was the all-star “We Are the World,” before stars like Bono would wrap philanthropy around their images, there was Harry Chapin. Almost half of the money Harry made from his music went to causes he believed in. In 1975, the eradication of world hunger was his goal. He and Bill Ayres founded World Hunger Year, an organization still active today, with Harry’s daughter Jen and brother Tom on the Board of Directors. He recruited other singers, such as Gordon Lightfoot and Kenny Rogers, to do benefits for hunger relief. Jimmy Carter’s 1978 decision to set up the President’s Committee on International, Domestic and World Hunger was put in motion by Harry.

In a 1987 tribute concert at Carnegie Hall, hosted by Harry Belafonte, artists such as Pat Benatar and Richie Havens and Judy Collins gathered to sing his songs and honor his memory. He was also posthumously awarded the Congressional Gold Medal, given to those “who have performed an achievement that has an impact on American history and culture that is likely to be recognized as a major achievement in the recipient’s field long after the achievement.”

Harry Chapin inspired people to care, and then to act. It’s an old idea: If you believe in something, you must act on that belief. Deeds, not just words. He died on July 16, 1981. I was in Iowa City. A month later, I decided to run for the City Council. It was not a coincidence.

If you’ll excuse the horrible cliché, Harry put his money where his mouth was. More than money, his energy and intelligence. Sure, he could be pushy sometimes. Leadership requires pushing some people forward and pulling others to catch up. He was not a saint, but he was a good man, and the world was made a little bit better by the too-brief arc of the shooting star that was his life.

Larry Baker is an Iowa City writer who
also served two terms on the City Council.
His latest novel is Love and Other Delusions.