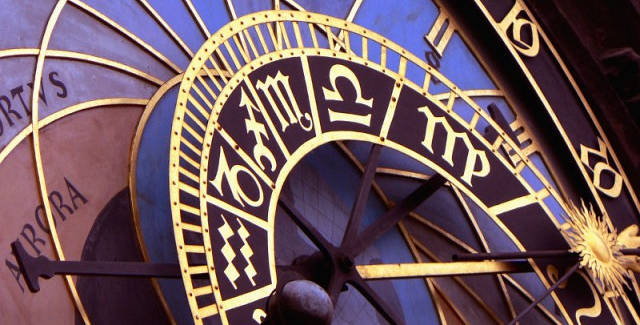 For Everyone: If recent events have had a pattern, it’s a variation on the old dog-eat-dog formula. Progress has nothing to do with it. But an invisible cosmic tide is about to shift. Justice, fair play and common decency will come back into fashion. Impassioned demands for a more humane way of life will overwhelm the soulless, self-serving rhetoric of the markets that we’ve become used to. More compassionate rhetoric will drive change in a kinder, gentler direction. It will start feeling like we’re getting somewhere.

SCORPIO (Oct. 22 – Nov. 20) The idea you’ve been having is simple and powerful, and it’s spreading rapidly: It’s time for average people to start speaking their conscience. Indeed, they won’t be able to resist doing so. You might need to defend friends acting on this impulse against those who would try to silence them. You will resonate powerfully with their plight and your defense of these beleaguered friends will be spontaneous, sincere and effective. In time, you can relax, but your support is needed now.

SAGITTARIUS (Nov. 21 – Dec. 20) It’s time to fulfill the promise you made to yourself. You can also relieve the increasingly obvious concerns of family and friends. Lay out a plan for achieving your long-term financial goals. Others in your life might have their own agenda, though. And you have a few unrealistic ideas of your own. It’s time to be realistic about what you really owe to whom and which luxuries you can truly afford. Devise a realistic plan that puts your own future needs first.

CAPRICORN (Dec. 21 – Jan. 18) You have your own agenda, principles to guide you and a power base. But so do your rivals. You are fairly evenly matched, actually, but all sides are being pressured to accept a compromise dictated by a higher set of standards. It embodies ideals of fair play, integrity and good heartedness you all thought were passé. You’ll all come much closer to achieving your goals if you accept this high-minded compromise than if all you hold out to the bitter end in order to get your own way.

AQUARIUS (Jan. 19 – Feb. 17) Aquarians are standing at the end of a long line of falling dominoes. It’s too late to do anything about the present situation, but you’re well-positioned to influence the next round of changes, which is already starting. You couldn’t control the whole next cycle of change, of course, but if you began now, you could very likely ensure an agreeable outcome. Many besides yourself would benefit from your efforts to bring reason and clarity to the process. Meanwhile, the new status quo isn’t so bad.

PISCES (Feb. 18 – March 19) The call for fair play now being issued by the planets resonates strongly with Pisces. You won’t have much direct control over changes brought about by this call to conscience, but you might be called upon to defend the principles involved. Some of the rhetoric could be fairly sharp and your understandable inclination will be to respond angrily. Instead, turn any such encounters into teachable moments. Your respectful explanations will dispel your own anger, enlighten your critics and leaven the overall process of change.

ARIES (March 20 – April 18) “Large-scale,” “widespread,” “long-term,” “high level,” “community-wide” … These terms all apply to the changes you’re seeing and the plans you’re hearing about. It would be best to prepare for some big changes, but not only in financial areas. These changes will require that you grow spiritually, too. It’s wise to be cautious, but don’t be anticipating the worst. The good guys will start winning some battles soon. This time, they’ll be looking out for the little guy, too.

TAURUS (April 19 – May 19) Important people in your life are coping with several serious challenges at once. You might wish it were more drama you could safely ignore, but it isn’t. Active discussion is critical now. Engaging with your challenged friends will teach you things about their lives and plans you need to know. They could use your help and they would welcome it. Be especially careful to remain open to the unexpected. Projecting old, preconceived notions onto your friends’ present situation would blind you to crucially important considerations.

CANCER (June 20 – July 21) Today’s changes are so comprehensive and complex, no one person or group can dominate the discussion or control the outcome. In the end, though, the usual suspects will try to walk off with the lion’s share. Cancerians have a special rapport with the disempowered and inarticulate. You also see all too clearly into the darker side of human nature. You can defend the disenfranchised and inoculate your audience against manipulation, and you can do so in a supportive and uplifting manner if you choose.

LEO (July 22 – Aug. 21) You have felt deeper, more intense motivations stirring within. They are very different from those visible to casual observers. The forces you feel are really the basis of an entirely new you. Recently, they have begun driving your expectations and influencing your decisions, if in a tentative and somewhat confused way. In November, they will take over. Roll with it; there isn’t much you can do about it anyway. Other people in your life are just going to have to deal with it.

VIRGO (Aug. 22 – Sept. 21) Virgos need to count their blessings. World and national events are problematic to the max and worrisome to the nth degree. They inspire apprehension in anyone who thinks about them. Things seem pretty much out of control. No one seems to have any leverage … except maybe for Virgo. In fact, no one is better placed to weather these events than Virgo. So I am personally requesting that Virgos stop fretting, avoid adding to the gloom and do what they can to spread some cheer.

LIBRA (Sept. 22 – Oct. 21) At work you have to be one person, at home, another; socially, you have to be a different person for each set of friends. None of those versions of you are real. That’s the opposite of a life and it’s turning you into the opposite of a person. In November, real feelings will start flowing between people. To keep from having your identity washed away in this new flood of real emotions, start thinking now about who the real you is and what the real you wants.