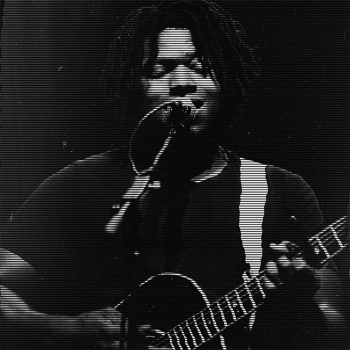 James Tutson did not get any chairs to turn with his blind audition performance on The Voice in March of this year. But those who have heard the Iowa City musician — live or on record — know that his sometimes sweet and sometimes raw vocal tone and thoughtfully creative lyrics have the ability to turn a music fan’s head.

Tutson and Tyler Carrington, a member of James Tutson and the Rollback, recorded a new EP titled Still in their individual homes during the pandemic. Carrington played drums and keys (including piano, organ and Wurlitzer) while Tutson handled all the other instruments, including guitar and bass. Given the circumstances of its recording, Still has impressively high production values, and Tutson’s voice shines through.

Tutson employs religious imagery and the musical textures and tropes from church music to create a secular EP with decidedly spiritual underpinnings. On the EP’s first track, “I’ll Be Around,” an organ adds a gospel feel to a song about steadfast love — the kind of love God might promise his followers, in this case presented as a man offering that love to someone dear to him.

The next track, “Holy,” is an extended religious metaphor in which the singer’s beloved is described as, among much else, “my chapel pew,” “my hymnal book” and “my testimony.” Read on the page, those metaphors might seem hokey, but in the context of the song — and sung with conviction by Tutson — they express love in a powerfully evocative way.

Tutson’s old school vocals on “I Still Believe” (another quasi-religious idea employed in service of a love song) call to mind Smokey Robinson, and his ringing guitar tone manages to both ground the song and give it an ethereal feel.

The EP’s fourth track, “Shine on Me,” offers up some interesting stop-and-go rhythms in the verses and a clever set of chorus lyrics built around the idea that the moon needs the sun in order to shine — “I need your shine on me” is the driving phrase. By this point in the recording, it is nearly impossible not to hear the lyric as religion-adjacent even as the Tutson continues to sing love songs.

For the final track, “Still Love,” Tutson slows things way down, bringing both the special timbre of his voice and his carefully crafted lyrics to the fore.

The song reminds us that “somethings don’t change,” and I would argue that one of those unchanging things is the high level of Tutson’s work as both a singer and a songwriter. He and Carrington have created something special with Still.