Every shelter animal has its challenges, some steeper than others. With very little in the way of hearing and no sight, life at the Iowa City Animal Center can be more confusing and stressful for Pretty Girl than a dog with full use of its senses. That hasn’t stopped the 11-year-old from being her playful, adventurous and cuddly self.

Pretty Girl has likely had trouble seeing and hearing her whole life. Congenital deafness and/or blindness is common in white dogs — because science — but dogs’ naturally strong sense of smell — some hundreds of thousands times stronger than humans’ — makes up for it. Pretty Girl is never not sniffing, using smell to assess a room’s size, occupants and location. She also uses her nose to literally feel out her surroundings like a seeing-impaired human might use a cane. She may bump her head now and then, but she’s not afraid to crawl through unknown spaces and discover something new. 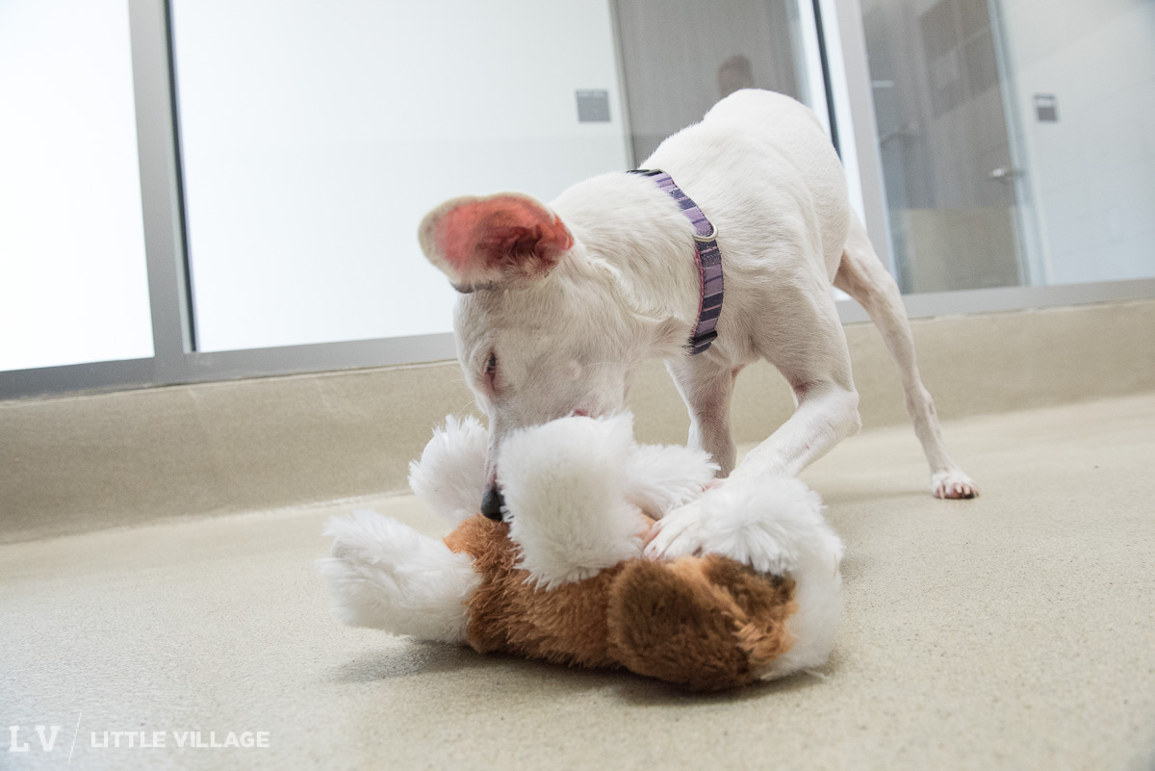 Though Pretty Girl is a friendly and independent dog, her adopters will need to make a few accomodations. Her new home should not have stairs, or should have them properly blocked off, and the space should be clutter-free. She is not a good fit for a family constantly on the move; she’ll do best settling into one familiar space for the rest of her life. Pro tip: Scent each room of your house differently, and it will make it easier for Pretty Girl to navigate by nose. For example, you can spray citrus air freshener in the kitchen, lavender in the bedroom, fresh linen in the living room, etc.

Adopters should also be financially secure to keep up with the regular vet visits needed to address Pretty Girl’s chronic ear issues, seasonal allergies, flea allergy and general senior care. She will likely get along with other dogs, cats and children as long as they give her space when she’s eating or feeling possessive over a toy — she likes to guard her resources. Center staff recommend enrolling her in positive reinforcement training, and a voucher for classes is included with her adoption. You in fact can teach an old dog new tricks.