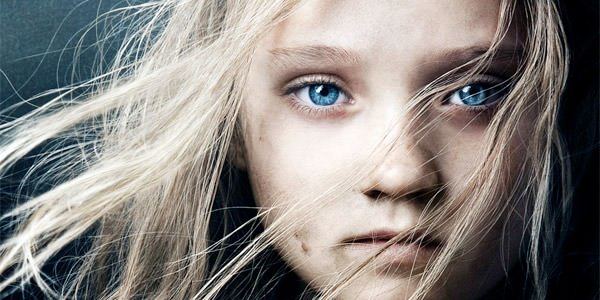 In 1915, American opera singer Mary Case took to the stage and sang alongside phonograph recordings of her own voice. She was Thomas Edison’s favorite singer, so the story goes, and she was participating in a massive series of promotions for Edison’s phonograph and record company that became known as the Tone Tests. The purpose of the Tone Tests was to dispel the idea that recorded music was inferior to music performed “live” by comparing them side-by-side. Though John Philip Sousa had already famously discounted recorded music as “canned,” audiences clamored for these opportunities to judge the sounds themselves. Tone Tests were popular for almost a decade, and historians have suggested that they were responsible for a cultural shift where recorded sound went from a novelty to a legitimate product of music culture.

Nearly 100 years later, questions of “liveness” have again become a national storyline thanks to the release of director Tom Hooper’s new film adaptation of the 1985 stage musical Les Misérables. Much has been made about Hooper’s decision to not have the actors record the songs in advance and then lip sync their performances during filming—the way that movie musicals are produced. Instead, in Hooper’s production, each take is recorded “live,” with the actors listening to a pianist in an earpiece and singing their parts through each and every take. For a show like Les Mis, this is no small point: It is more of an opera than a musical, and with virtually no spoken dialogue this on-the-fly singing comprises the majority of the two-and-a-half hour film.

Hooper’s decision has been used by the studio as a promotional tool not unlike the Tone Tests, whose successes can be measured not by who or what actually sounded better, but rather by getting the audience to accept the comparison in the first place. In a featurette that was played as a preview in some theaters last fall and circulated on the web, the actors in the new Les Mis talked at length about how “liberating” the process was. It allowed for real acting, real expression and real drama to unfold on screen. The old way of doing things was presented as unnatural or artificial, generally unworthy of a story that wallows in the muck of 19th century France. This was the film, the clip promises, which would usher in a new era in the movie musical.

Instead, what has happened is a failure that could only be described as spectacular. Les Mis is an overreaching and underwhelming movie that is original only in its slavish commitment to two current trends: the cinematic practice of turning things popularly imagined to be fun or light-hearted into “Deadly Fucking Serious Works of Art,” and the increasingly popular operatic tendency of making stage productions more cinematic. By combining these things, the film seems less like a musical adaptation and more like a statement on how much we value music and its expression in contemporary society. A hint? Not much.

If we were to trace the origins of Hooper’s grand failure, we might start with Batman. In a recent interview, Tim Burton said that when he made his 1989 Batman film, “it felt like the first attempt at a darker version of a comic book. Now it seems like a lighthearted romp.” Thanks in large part to Christopher Nolan’s more recent treatment of the character, everything everywhere is being booted and rebooted into what we might call “dark knight mode,” where things that were once allowed to be a little fun are now rated R (for “Realism”). From James Bond to Harry Potter, cinematic treatments of even the most fanciful worlds have been rendered as gritty, dirty places filled with Death and Tough Choices. Les Mis has these ideas at its very core, and is set in the streets and gutters of pre-indoor plumbing Paris. Hooper relentlessly exploits this visually, covering his characters in dirt and mud and yes, human feces. Even “Master of the House,” a comedic number meant to provide some relief from the bleakness of it all, is presented here as a revolting portrait of alcoholism, exploitation and petty theft—with almost none of the laughs that the song is supposed to elicit.

The influence of dark superhero cinema has extended well beyond the movies, into opera and the musical traditions that the stage version of Les Mis is so heavily based on. In his March review of Götterdämmerung by the Metropolitan Opera, Alex Ross criticized director Robert Lepage’s “clumsy, comic-book approach [that] suffers in comparison with many Hollywood superhero movies.” At first, this might seem like an elitist dig—are any two things farther apart than the world of opera and the comic book universe?—but in truth the comparison was profoundly apt. The opera is a tale of Norse gods, not unlike those who appear in Joss Whedon’s The Avengers. And, the Met is now in the business of making blockbuster movies: Their “Live in HD” series started in 2006, and now broadcasts to theaters all over the United States, including Iowa City’s Sycamore 12. Ross’s concern is that operas are now being made with the physical audience as an afterthought: “I wonder whether it is almost unfair to review new Met stagings from the point of view of one sitting in the house, since they now seem designed more for the camera operators.”

What has resulted with Les Mis is that Hooper has combined and transformed the gritty and grand aspirations of Nolan with the cinematic intentions of the Metropolitan Opera into a musical that is profoundly unmusical. And this is the real tragedy. In his quest for “authentic” performances from his actors, Hooper shows a fundamental lack of respect for music itself. This is not, mind you, simply because the singing itself is bad—though it is unquestionably very bad. It’s because Hooper willfully overlooked the fact that music is an art that can convey emotion in and of itself, outside of the tropes of dramatic acting. We don’t expect that singers will literally cry in songs about heartbreak, but we do demand that their voices infuse the musical notes with a sense of heartbreak. Here, a song conveys sadness simply because the singer is crying, and a song conveys action because someone is pumping their fist. Nothing to me seems more unreal than robbing songs of their emotional power.

Craig Eley is a graduate student at The University of Iowa, currently residing in Austin, TX.