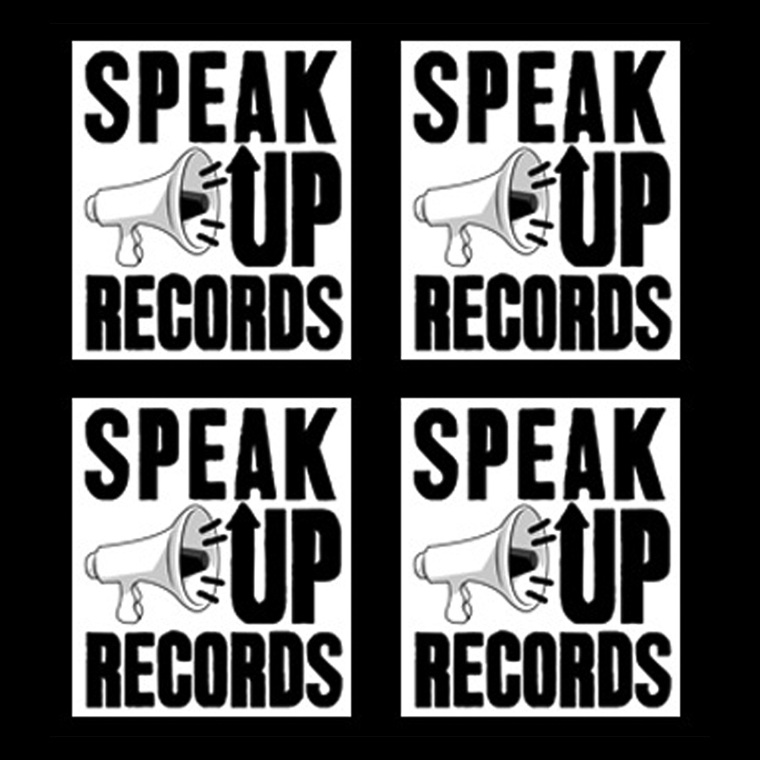 In both life and in music, Jason Bolinger has always sort of seen himself as a drummer.

“I’ve always been the organizational guy, the guy that books all the tours,” he says. “That’s always been me, holding it all together and helping everyone get to the finish line.”

Bolinger, an Iowa native, has played in bands for 30 years, usually from behind a drum kit. He’s also the founder and manager of Speak Up Records, the Ottumwa-based record label that since 2011 has released nearly 50 titles across the musical spectrum, from straight-ahead death metal to coffeehouse folk.

Speak Up is actually the second record label Bolinger founded.

“Back in 2000 or so, I was in this band called the Eggnogs. It was just crazy, fun punk rock, but we were very DIY,” he said. “We made all our own records. We spent hours just gluing and cutting paper and burning CDs and doing the art ourselves, and we were just having so much fun doing it and playing around so much we were like, ‘Hey, friends, you can have albums, too. Let us help.’”

“It only lasted two years, but we burned bright,” Bolinger said.

Around the same time, Bolinger began his other creative endeavor, the horror film company Prescribed Films. “We love dumping fake blood on each other,” he said. “The best part of life is being creative, right? We’re looking for all the outlets.”

Bolinger has been able to play a few shows recently, including an X-Ray Mary show after his film company’s Halloweenaplooza event in downtown Ottumwa. That’s given him some optimism about the future, both for his own performances and for the label.

“At least there’s some shows kind of happening around here again. They’re very infrequent still, but there’s a few bands that I hope to either help record or help put out their album,” Bolinger said. “One of the best parts about being in a band is I get to see a new show every night, and I get to see two or three new acts and bands. That’s amazing. I missed that, and it’s been great to hear some new stuff.”

Bolinger says that he’s always interested in hearing new music from local artists, and that Speak Up supports music across genres, known and unknown. Ultimately, he sees his role at Speak Up as an abettor to creativity.

“I’m just here to help. I feel like that’s my role in life, just to help other people see their creative side come through. I can help record, I can help do graphic design. I do a lot of that for the label,” Bolinger says. “If a person or a band just needed some help, they can always reach out to me. And if I can’t help you, I probably know someone who can.”