This year marks 50 years of education, training and performance for Gateway Dance Theatre, a Des Moines company fusing African-American, Caribbean, Asian, Indian and other international music and dance traditions, in addition to drama, science, visual arts and other disciplines. Gateway will celebrate all year long, starting on Feb. 26 with a Black History showcase, and ending on Oct. 22 with the Gala-International 50th Anniversary Dinner. 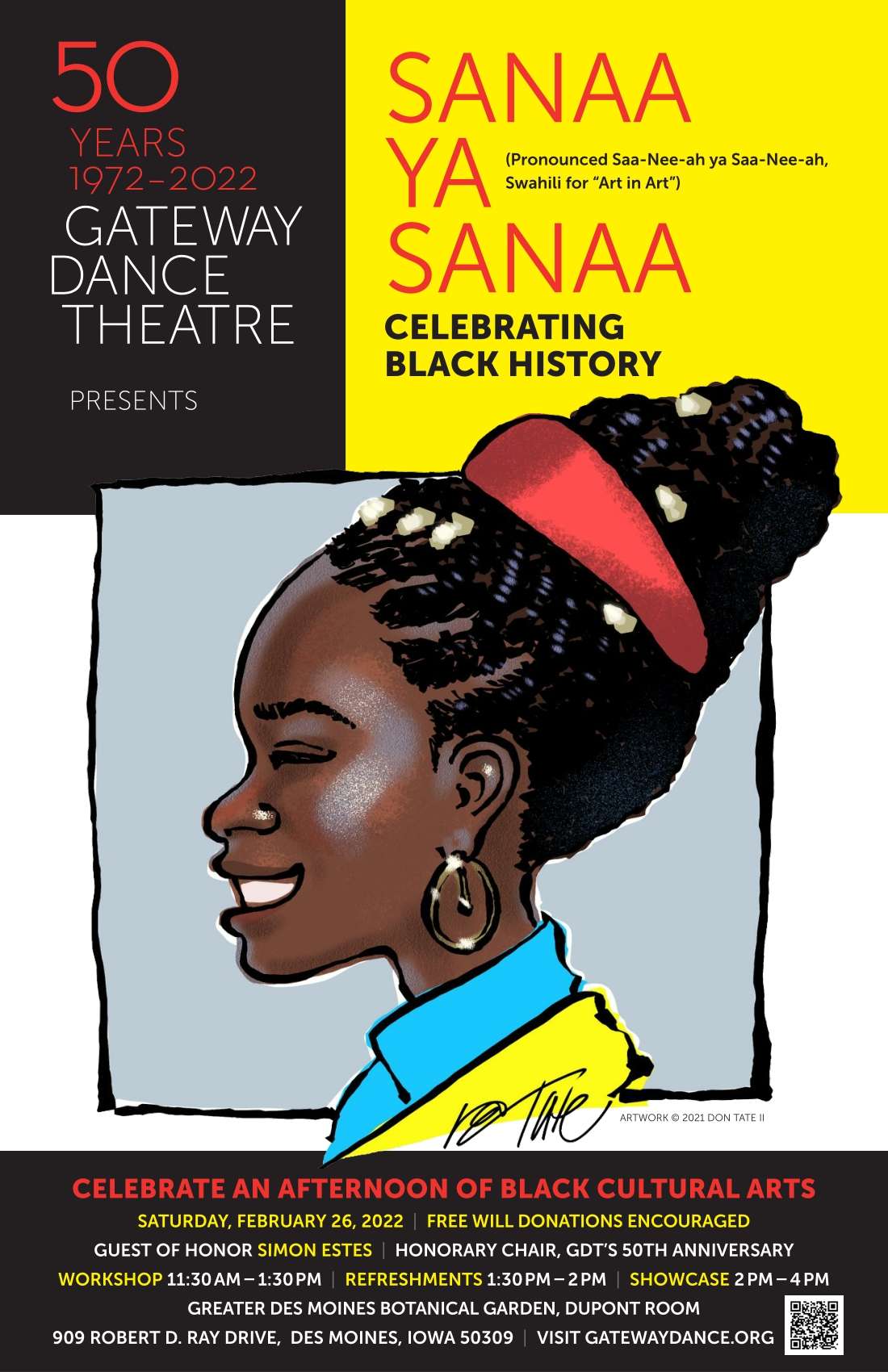 Between these two events, Des Moines dance enthusiasts can participate in showcases, workshops, plays and a summer camp, aimed to continue Gateway’s mission of “using the arts to engage, communicate, educate, and collaborate with diverse communities to enrich lives.” Gateway will also host surprise guest artists and sell special apparel for the milestone year.

Gateway Dance Theatre was founded in Des Moines in 1972 by Penny and Lee Furgerson, inspired by companies such as Alvin Ailey and the Dance Theatre of Harlem. The Furgersons wanted to showcase diversity in a community lacking diverse visual, performing and literary arts.

“We chose ‘Gateway’ because that’s what [theater] is, opening the gates,” Penny Furgerson said. “And we purposely chose the name ‘theatre’ because we wanted to introduce all of the arts.”

“We really try to make sure everyone is involved and try to be as diverse and give a variety of the arts for people to experience and enjoy,” Sydney said.

No company can make it 50 years means without evolving along the way. Sydney has seen quite a few changes since she started dancing with Gateway at 7 years old.

One major change: Gateway didn’t always have its permanent home. This had saved the program money and allowed them flexibility to travel between different venues.

“The idea was to go where the people are,” Penny Furgerson said.

That meant practicing at schools and community centers around the inner and urban areas of Des Moines, and performing where they were invited. Too often, though, centers were booked and unavailable for the company’s use, forcing them to start renting a space. Finally, in the early ’00s, they purchased their own venue on Fifth Street.

“Everything is art,” Penny said. “It is always a part of our mission to use the arts as a vehicle.”

She recalled their 2019 Science and Arts Summer Camp, which focused on fusing dance and plant biology. An Iowa State scientist was brought in to explain the process of photosynthesis, and a routine was choreographed to represent it.

“Photosynthesis is really at the root of everything on the planet,” Penny said. The company often had to get creative and work with what they had, she explained — they “used green umbrellas for trees” and drums to represent sound and light waves.

Dance, as with many other artforms, can build both motor skills as well as cognitive skills.

“It gets the body moving, it gets your brain thinking a little bit more,” Sydney said. “There are certain times when you’re trying to learn a step and say, ‘OK, I need to learn it this way.’ It [dance] teaches you to learn things from a different angle. It definitely connects people. Dance does everything. To me, dance keeps me in shape, it gets my mind going, it helps me clear my mind sometimes.”

Asked how Gateway Dance Theater has maintained 50 years of success, Sydney said, “I have two answers. It would probably be Penny’s guardian angels because it seems like sometimes the right person at the right time and the right project will just fall into her lap and everything tends to work out. The other driving force of who to owe it all to is really Penny. The passion and the drive behind this woman to do everything, I honestly don’t think I could do it.”

Sydney also says without supporters like Drake University, Grandview University and the State Historical Building, they would not be where they are today.

“They have been great partners for us. We’ve done workshops and performances there. They have been very generous with the space and publicity that they give us … Every time we go to those three locations it always feels like home.”

Penny Furgerson says her biggest accomplishment with the company was accomplished 49 years ago: she made it past the first year. “We’re here now 50 years later!” she said.

She said she owes her success to the community. “They support, they came. You might have founded something, you can get an idea going, but it takes people to make it happen. We wouldn’t be able to have classes if we didn’t have the people come and want to stay. You can have an idea but you can’t make it happen if you don’t have the bodies.”