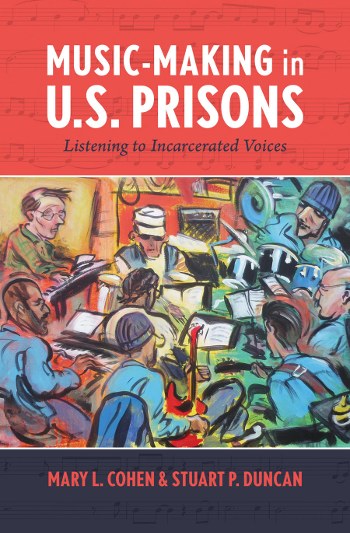 In the 1864 novella Notes From the Underground, Russian novelist Fyodor Dostoevsky proposes the proto-existentialist notion of “perverse freedom.” There are never no choices in life, because one can always, at any time, choose to act against one’s own self-interest — to act in a way that’s contrary to all expected motivations.

Dostoevsky himself spent several years in prison, and many of the themes of his works draw from that experience. The question of freedom, and the leaps the human mind can make when freedom is withdrawn, are precious to his philosophy. When all other choices are taken away, an incarcerated person, desperate to retain some sense of identity, often makes the only remaining decisions that feel like choices. They act against their own self-interest, they push against societal expectations.

We call that agency.

In Music-Making in U.S. Prisons: Listening to Incarcerated Voices (Wilfrid Laurier University Press, November 2022), University of Iowa music education professor Mary L. Cohen and co-author Stuart P. Duncan explore the ways in which the art and practice of music has been and can be leveraged to offer incarcerated people a third path between perceived capitulation and perverse freedom. They lay out the rich history of vocal and instrumental ensembles in prisons, dating back over a century. And, crucially, they tie the humanization of prisoners to the greater prison abolition movement.

The logic behind the work seems so simple: When incarcerated people are given the opportunity to form community and to practice engaging with the outside world, they will be better equipped to reintegrate into society on their release. On its own, prison is profoundly isolating and drives counter-social behavior. Integrating music, specifically, offers a tangible experience of the value of resonance over dissonance. Music-making is a communal act that drives pro-social behavior.

Music-Making in U.S. Prisons lays out this and other arguments with clarity. But it’s in looking back at the past that Cohen and Duncan lay open the raw challenge to our current way of thinking that this presents. These aren’t new ideas. Much like the well-documented value of teaching the arts in schools that routinely gets swept under the rug as the “purpose” of public education is debated and challenged, so too have long-standing prison music programs fallen to newer philosophies privileging a punitive approach.

One aspect that didn’t work for me was a small choice made by the authors: Throughout the book, the incarcerated people referenced and quoted, while introduced by their full name, are referred to by first name on future mentions. It stands in sharp contrast to the frequent other quotes and references that default to last name mentions, in standard academic fashion. Only the incarcerated who are referred to by first name. While it adds to their humanity, it also serves almost to minimize the weight of their input. It borders on infantilization. But it also served to keep the question of their treatment and how we choose to consider them in the forefront of my mind throughout the work.

One of the many successes of this book is its persistent demand that the reader challenge their 21st century notion (warped by the rise of for-profit prisons and mandatory minimum sentencing) of what purpose incarceration is meant to serve. The only way forward is through affirming the humanity of those on the inside, because people who have been taught they are not human can never succeed on the outside. And the ultimate, unavoidable conclusion is that in doing so, the basic inhumanity of the prison industrial complex becomes utterly indefensible.

This is a difficult needle to thread. How can wardens and other prison officials be pushed, in a sense, to act against their own best interests — to accept programs that strive to make them irrelevant? Cohen and Duncan don’t really try. The societal good is taken as a given (and I, for one, agree). As such, this is far more useful as a guide to those trying to do the work than as a means of converting the unconvinced.

Overall, it is a crucial read for anyone pondering the ethics of a carceral society, and of great benefit to music educators looking to decentralize their pedagogy. It’s a fascinating look at how we assign value to art and to humanity.