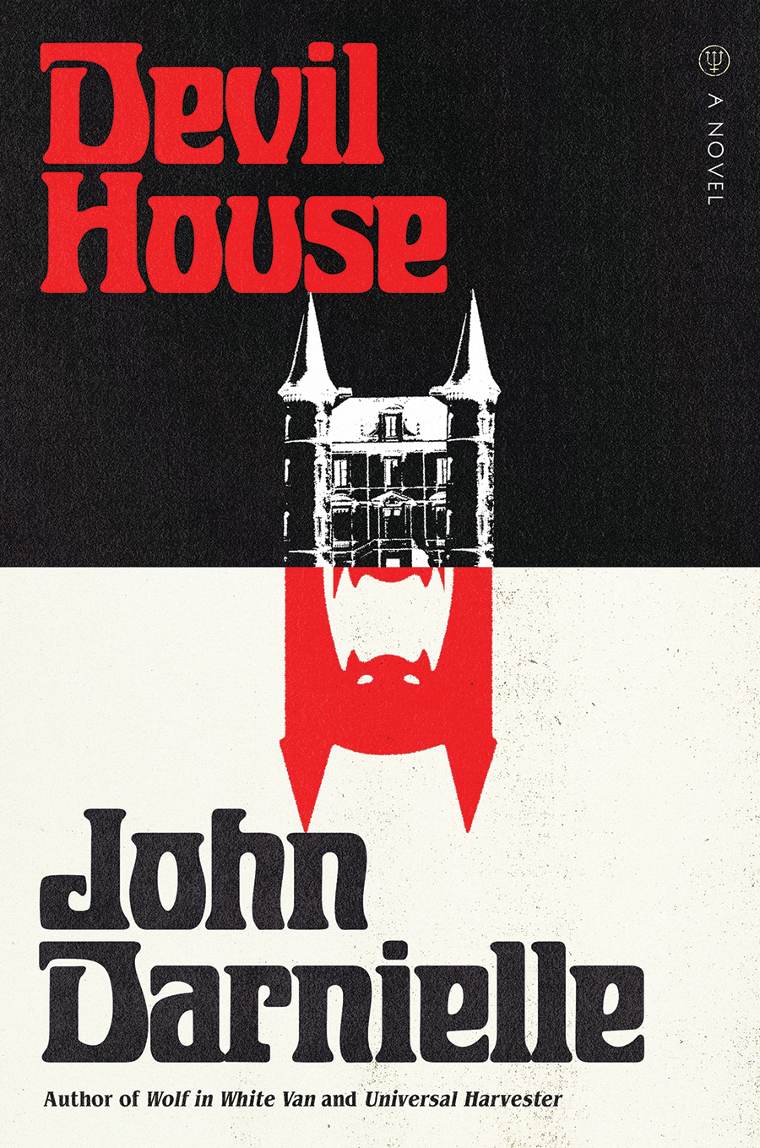 Maybe we’ve always been this way, but sometime in the past few years, true crime evolved from guilty pleasure to passionate obsession. People discuss “blood spatter” and “Munchausen by proxy” with the same amateur enthusiasm once used to dissect Tarantino dialogue or the Cubs’ dubious playoff hopes. Once the lurid domain of sleazy tabloids, true crime has become gleefully, gruesomely bingeable entertainment, from Netflix docuseries to murderino podcasts to New York Times best-sellers describing mayhem both historical and contemporary.

John Darnielle’s upcoming novel, Devil House (MCD x FSG), invites the reader to reconsider this fascination. Protagonist Gage Chandler is a true crime author who finds his next grisly subject in a news clipping about a 15-year-old murder in Milpitas, California: “The few choice bits were tantalizing enough — dead bodies atop a pyre of pornography, cryptograms in graffiti, the spectre of teenage Satanic rites jolting a sleepy town awake.”

When he learns the house where the murders took place is for sale, Chandler buys it and moves in, the better to absorb and understand the horror he struggles to relate: “I moved into this house to tell a story,” he narrates. “… to inhabit the carapace of the crime scene, to retrace the steps of the killer in order to better know his path.”

The teenagers caught up in the horrific murder Chandler is attempting to retell would find themselves at home on the 2002 Mountain Goats album All Hail West Texas. Darnielle’s ability to evoke characters who are both flawed and sympathetic — characters to root for even though we understand they are doomed — is clear whether he’s writing lyrics or prose. Devil House’s Jesse and Gene in many ways embody a worst-case scenario version of Cyrus and Jeff from the song “Best Ever Death Metal Band Out of Denton.”

As Chandler digs into the truth of the crime that brought him to the Devil House, the conflict between the complex reality of the human experience and the reductive caricature of a true crime narrative becomes a sort of torture. Is it possible to write about the worst moment in a person’s life without reducing that life and the multitudes it contained to a single-dimensional identity: victim or murderer; monster or prey?

Darnielle’s genius maneuver is to both enable and challenge America’s murderphilia. Chandler’s obsessive research allows him to reconstruct visceral details, like a killer “sawing through cartilage, breathing through flared nostrils oblivious to the stench,” indulging our bloodlust, only to complicate that understanding by conjuring complicated, vulnerable individuals as they were before a single moment transformed them.

When Darnielle announced the launch of Devil House, he called it “a novel about stories and who gets to tell them.” What Chandler, and the reader, must ultimately confront is that when we talk True Crime, it is never the whole truth and nothing but the truth. And often as not, any truth those stories tell is more about the teller than the story.

Devil House will be released on Jan. 25. Please remember to support independent booksellers when adding it to your library.