Nikole Hannah-Jones describes herself as “just a girl from Waterloo.” But her career suggests so much more.

Hannah-Jones was the recipient of the 2020 Pulitzer Prize for Commentary for her introductory essay to The New York Times’ The 1619 Project, which discussed slavery as foundational in American history and its legacy seen today in U.S. capitalism, politics, health care, prisons, infrastructure, education and more. She has been named to Time Magazine’s 100 Most Influential People for 2021. And she demonstrates that moving forward in what one feels is right will always be the best option.

The Des Moines Public Library Foundation will add to Hannah-Jones’ list of achievements by presenting her with the Iowa Author Award for 2021 at an awards gala and benefit on Nov. 22 in Des Moines. She’ll be the featured speaker at that event, and she will be signing copies of her book The 1619 Project: A New Origin Story and her latest release, a children’s book treatment of the subject called The 1619 Project: Born on the Water (out Nov. 16).

Despite state and national accolades, Hannah-Jones’ latest project is local and close to home. The 1619 Freedom School, an after-school program, is based in Hannah-Jones’ hometown of Waterloo, Iowa. The school’s mission is to teach Black youth personal empowerment and the contributions of their ancestors. Their motto — “Liberation Through Literacy” — pinpoints the steps needed to cultivate today’s new leaders. And you can never start too young. 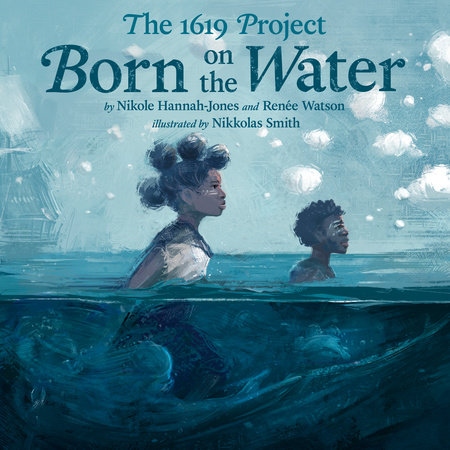 Although the school has no specific plans to open more branches around the country, its resources will be available to the public so that other communities can utilize them. The 1619 Freedom School team is determined to assist low-income students in the area, focusing on students whose standardized test scores show they are the most academically behind. The school plans to kick off with fourth graders at Waterloo’s Walter Cunningham Elementary — the city’s most segregated school, with its highest poverty rate. It will then expand locally as needed.

Amid frenzied conservative outrage over The 1619 Project, critical race theory and other scholarly critiques of U.S. institutions that center race, Hannah-Jones emphasized that the Freedom School will not, in any way, be forced on children.

“We are serving families who do want this information,” Hannah-Jones said.

This after-school program sprang from the same motives that drove Hannah-Jones’ 1619 Project: the preservation of letters from the first slave ship, which arrived in Virginia the year 1619. It was started in part as a response to the realization that many Black children are behind in reading — not because they are incapable, but because of the lack of resources available to them.

It will take some time to teach the current impact of our country’s past, but the 1619 Freedom School aims to ensure that Black youth will be educated on their history and empowered with knowledge they can apply towards their own goals and aspirations.

Hannah-Jones, who graduated with a degree in history and African American studies from the University of Notre Dame almost 20 years ago, acknowledges the need to pass down what she’s learned. And she feels that now she is at a stable place in her career and has the power and resources to bring things into the world, she must use those advantages for the benefit of others.

“We all carry that obligation, whether we acknowledge it or not,” she said. “You can never learn enough.”

Though books have remained her own primary way of learning, the way she disperses her knowledge has changed. The Freedom School aside, a career that began with newspaper articles has transformed into podcasts, social media and documentaries.

“Twitter is much more useful with providing sources, news,” Hannah-Jones said, adding that she appreciates the access to “different types of thinkers.”

I saw a thread on Twitter recently aimed at Chicago hip-hop artist Noname, pointing to a perceived lack of urgency among young Black activists toward issues central to the Black community. (Noname defended herself against the charges of online slacktivism by noting the daily work she puts into her community library, Noname Book Club.) I asked Hannah-Jones, as someone active on the site, if she feels there is a pressing awareness of the needs Black America is facing.

She described her daughter as having an “activist spirit, a strong sense of judgment.” I mentioned that I remembered my own childhood as playful, passionate and driven. It made me question at what age one must come to terms with the ways of the world.

While childhood itself confers wonder and possibilities, it takes a community to invest in those wonders. One of the great accomplishments of the 1619 Freedom School is that it offers students a chance to explore different possibilities. It allows children the well-deserved opportunity to cultivate their gifts.

So, when is the “right time” to support rights for Black people?

Hannah-Jones is a firm believer that everyone has the power to create their own lives. And everyone can benefit from a program that teaches self-respect.

The history of Black struggle in America demonstrates the power of working together, of course. Marches and sit-ins have created legacies of togetherness and pride.

“I was leading walkouts in high school,” Hannah-Jones said. “For me, that has felt like a purpose since I was a child.”

In a turn that I find amazing, Hannah-Jones — who once had a goal of attending Howard University, a historically Black college, as an undergraduate student — has now come full circle as a tenured professor there, holding the new Knight Chair in Race and Journalism and establishing the Center for Journalism and Democracy with Howard alumnus Ta-Nehisi Coates. Amid a schedule that’s tiring and full, Hannah-Jones says she enjoys being surrounded by the different people on the East Coast, where many Black people of the diaspora reside.

Two years ago, the 400th anniversary of the start of slavery in New England led some in this country to reflect on how far (or how little) we have grown as the United States of America. The New York Times released the 1619 Project, a monumental history that declares that change is continuous. Reflection can bring on different emotions and realizations some people may not be ready for: thoughts of legacy, obligation and the future.

To be Black in America means understanding the price that is due to be paid. Countless Americans have dedicated their lives to ensure the good of our country comes first. Hannah-Jones has revived the meaning of an American hero — not because she feels obligated, but because the love of her people has bloomed beautifully.

Education has never been free, but using its power to uplift the community is a debt well paid.

Dr. Dawson is the founder of @hiphophealing, a local business dedicated to cultivating hip hop’s elements through mind, body and soul. This article was originally published in Little Village issue 300.