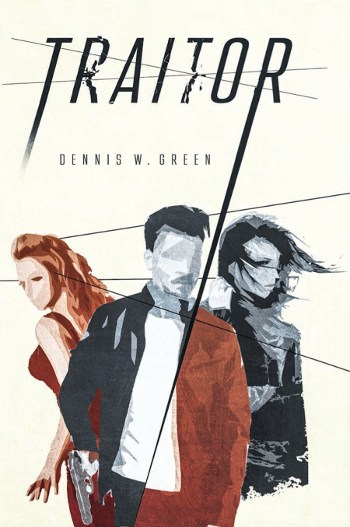 An intriguing idea, sympathetic characters and a fast-moving plot make Traitor by Iowan Dennis Green a great read for lovers of exciting sci-fi.

Traitor is the final book in a trilogy that began with Traveler and Prisoner, and though I have not read the first two, I thoroughly enjoyed the third. However, I would recommend that readers start with the first two, as it took me time to get up to speed with the plot.

Parallel worlds with different versions of the same people are standard science fiction fare, but Green kicks this idea up a notch with his premise: If one person is good at something, more of the same person is better. The main character, Trav, has a special talent. He can travel between different time streams—he can even change the probability that something will happen.

In the previous books, Trav’s long-term friendship with brilliant quantum physicist Dr. Sam Markus has led to his recruitment by a Sam analogue who is trying to repair rips in the Multiverse. They have discovered the existence of another Sam analogue, who they call “The Boss” — a man who is determined to recreate reality in his own image. And to do this, he needs an army. An army of Travs.

At the beginning of Traitor, Trav is stranded in a time-stream where Sam is dead. He has no memory of being a Traveler, and he has no connection with his friend Morgan or his former girlfriend, Mary. Jolted into recollection and hunted by his own analogues, he rejoins his friends in his former time stream as they decide how to defeat the Boss. Because the Multiverse is collapsing, Trav is gaining new powers, and if the Boss has his way, Trav and his friends will cease to exist.

Despite the hectic pace of the plot, it is the wonderful characters who are the stars of this show. Trav is protective to a fault of the people he loves, and Sam is intelligent and quirky. Sophie, the young girl who is the only other known Traveler, is well-portrayed — never too cute or too precocious. The heroes are genuinely heroic in a realistic way as they risk their lives to save others.

Traitor and its companion books are great choices for those who want their science fiction action-oriented with a side of excellent character development.