In the second half of the 19th century three breweries operated along Linn and Jefferson streets. Their money and influence ruled much of the Northside’s economy, and they were known as the German Beer Mafia. Hundreds were happily employed in their operations but it all turned very dark one day in 1884. In the worst beer riot in Iowa City history lynch mobs ranted, women and children were threatened, city lawyers were tarred and drunken mobs reigned in the streets.

It started in 1882, when the Iowa legislature prohibited all alcohol, but things got really heated two years later when the new prohibition laws went effective on July 4, 1884. With the law, Iowa brewers were instantly and abruptly left with hundreds of thousands of gallons of beer and liquor that was illegal for selling. Many faced criminal charges for possession with intent to sell. Enforcing the law was extremely difficult, and Iowa City struggled to comply.

To protest the new law and have a belated July 4th celebration, Iowa City brewer and good German democrat Conrad Graf tapped a keg at his saloon, drawing quite a number of people thirsty for beer. As lines piled up, and waits for a mug reached half an hour, the tipsy townsfolk became rowdy. When city officers locked the bar, the crowd was persistent and threw empty kegs through the windows in order to enter the building. Discovering beer locked in the cellars they forced it open and managed to drink every last drop. 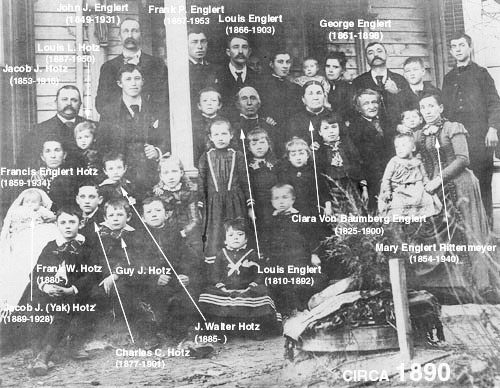 A week later, the county sheriff gave warnings to the brewers and leaders of the German beer mafia, Conrad Graf, John Englert and John Dostal, who had all ignored the law. Graf and Englert tore up the papers that forbade them from illegally manufacturing and selling liquor and were immediately given citations. The citation ignited the brewery mafia’s wrath which they directed towards the men who had prosecuted or informed on them. They planned to hang the informers and tar the lawyers in order to scare the Republican prohibitionists and city officials into backing off. This plan was to commence on Aug. 13, the day when Graf, Englert and Dostal were going to trial before County Justice John Schell.

On Aug. 13, the defendants rode east out of town, ropes and tar in tow, to Schell’s house accompanied by a mob of 150 to 200 brewery men and numerous onlookers. Encircling the house, the mob was restive until city prosecutor A. E. Maine went outside to deliver some legal briefs. Suddenly surrounded, he was kicked down, stripped bare and tarred. Vigorously defended by a Constable named Parrot, County Deputy Sheriff Fairall and Justice Schell, he escaped to the porch and finally found refuge in the house. 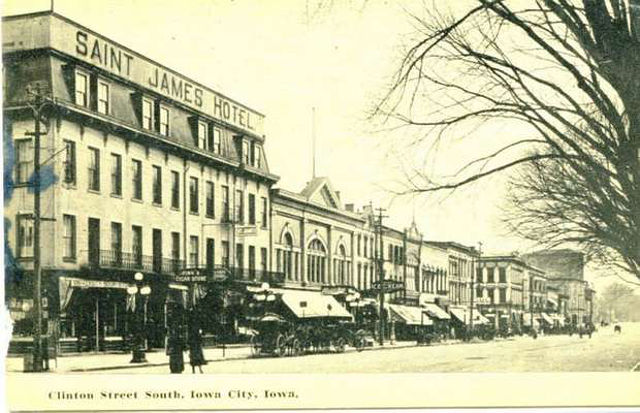 In the melee, Parrot was stabbed in the leg and Justice Schell pummeled. Rioters pulled out their revolvers and reputedly shot at and definitely threw stones into the house. These actions terrified Schell’s wife and children, and Mrs. Schell implored the mob to desist as her mother, who was also inside, was on her deathbed. A few men persuaded all to leave on account of the critical condition of the elderly lady in the house.

This deterred them, but Englert, codefendant and also a city councilman, turned back and swore they would tear down or set fire to the house unless the men inside were surrendered. Ropes were readied as the mob again attacked the house. Fairall stood on the porch and swore he would shoot the first man who broke in the door. Graf yelled, “You will shoot, will you, damn you shoot,” and shouted for the mob to storm the house, take the men out and hang them. This continued for hours. Finally leaving at dusk, they arrived in town, congregating in Church Park (now Van Allen Hall) and the brewery district.

Alleged informants, city attorneys and brothers, John and L. G. Swafford were also in the fray at Schell’s home and had barely escaped the mob’s brutalities. With tar prints on their shirts they had walked back to town over fence and field. Espying them in Church Park, Graf could not control his anger and assaulted them with 30 men. Englert and Graf incited the men, and Graf personally assisted in tarring them and beating John Swafford to a pulp. With the aid of nearby citizens the brothers were pulled loose from the angry mob as they were being carried off for hanging. All night the mob terrorized citizens and ruled the streets while supporters from Marengo and Ames were set to come to town for further support of the brewery mafia.

The riot gained much national attention, and while much ink was spilled, city officials were reluctant to make arrests because of Englert, who sat on the city council. Finally, arrest warrants were issued for Graf, Englert and Dostal, but they couldn’t be found. A grand jury in Iowa City refused to make indictments against the brewery mafia leaders, causing the trial to move to Marengo and finally Marion in order to reach a settlement.. For his egregious injuries, Swafford sued Graf for $20,000 which was eventually lowered to $7,000 (the equivalent of $164,227.64 today) and the unabashed brewers shared that cost.

Marlin R. Ingalls is a professional archaeologist, historian and architectural historian within Iowa’s Office of the State Archeologist. He is a member of the State Historical Society of Iowa’s Technical Advisory Network and former member of Iowa’s State Nomination Review Commission, which reviews nominations for listing on The National Register of Historic Places. He is also a consultant specializing in helping preservationists and communities evaluate, document and restore their historic buildings, neighborhoods and other historic resources.