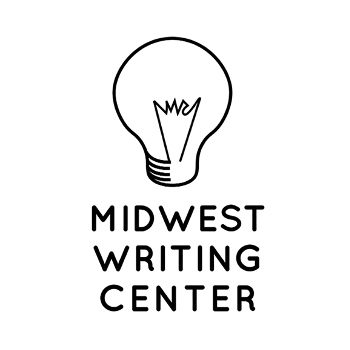 Founded in 1979, the Midwest Writing Center (MWC) was created to provide a “permanent home” for writers in the Quad Cities. MWC, the only literary arts nonprofit in the Quad Cities, boasts a long tradition of uplifting local writers through resources, including space for book signings, events and most recently, the addition of its very own press.

“My uncle was one of the co-founders of the writing center way back when. There are a couple of events that we still do that have been going on since [the beginning],” MWC Executive Director Ryan Collins said. “Our annual Writers Conference, the original version of it, started in the mid 1970s. And then we do a thing called the Children’s Literature Festival, but we’ve been doing that since the late ’70s. They had a group of writers and they just sort of coalesced around this idea of creating a space to support local writers, to encourage people to do more writing.”

Collins joined the board in 2001 when his uncle unexpectedly died. After serving on the board for about 10 years, Collins decided to help out in a part-time position. But he’s stayed on ever since and has only gained more responsibility as time has gone on.

Although the center has moved around the Quad Cities throughout its lifespan, it is currently located in the Rock Island Public Library, where it hosts consistent programming throughout the year. After MWC had settled into its home at the library, the center began slowly looking for opportunities to publish the work that was being produced.

“Once we got a physical location in 2003, we would do kind of sporadic publications, but there wasn’t necessarily an imprint,” Collins said. “Somebody would have an idea for a program and maybe there would be a publishing aspect to it. Eventually that coalesced into an actual press and trying to have some regular publications.”

MWC Press puts out three to five titles a year. One of these titles is an annual literary magazine, The Atlas, which is a part of the summer internship program MWC hosts for 15- to 17-year-olds.

“For most of those kids, that’s their first publication,” Collins said. “Whether or not they continue with writing [to be published], we hope they just continue to write.”

After all, encouraging people to write just for the sake of it is sort of what MWC does best—and it remains central to their mission.

“I think a lot of people are like, ‘I like to write but I’m not a writer,’ because what they actually mean is, ‘I’m not an author. It’s just something that I do,’” Collins said. “And they sort of treat it dismissively. But we think everybody’s a writer. And we’re just trying to encourage people to make writing a part of their life. Because whether or not they’re writing for publication, we believe that there’s a lot to be gained from it — for mind, body, spirit.”

This article was originally published in Little Village’s November 2022 issues.