You can’t see the Mississippi River from Riverview Stadium, the original name for the home of the Clinton LumberKings. A flood wall blocks the view, but the sight of an occasional gull or pelican reminds you the river is near. “LumberKings” harkens to a time when the timber trade along the Mississippi was big business and Clinton was booming. Now the lumber barons are gone and the Archer Daniels Midland factory, where trainloads of corn are turned into corn products and byproducts, reigns in Clinton.

One of the smallest towns in the Midwest League, Clinton has gone through hard times and made concessions to forces beyond its control, but hung on to its community-owned baseball team. The team has had many names, but the stadium, built by the WPA in 1937, provides continuity. The art deco exterior, the simple scoreboard, the green seats close to home plate, the covered grandstand, the real wood of the centerfield wall—it’s one of the last ballparks of its kind. Whenever I go to a game there it seems a larger-than-average proportion of fans are keeping score.

The red, white and blue bunting was on display for the LumberKing’s 2013 season opener, Clinton’s third attempt to host the Cedar Rapids Kernels in as many days. But maybe this was worse than another rainout.

In the top of the fourth, Clinton’s early lead dissolved. The starting pitcher allowed three walks and the bases were loaded for Kernels center fielder Byron Buxton. He hit a ground ball to shortstop Ketel Marte and outran the throw to first. Another run, bases still loaded, lead gone.

Another young pitcher was summoned to steady things. Then he threw a wild pitch. Then he issued a walk. Then another. Three more runs.

The pitcher looked shaken, and a few hecklers felt emboldened to do their worst.

Then a woman yelled: “We’re gonna be here all day the way you’re calling it!”

And soon the inning was over with no further damage.

That redirection was the charitable gesture of a real fan, modulating the chorus of abuse to shift the focus to the umpire, the conventional villain, for being too stingy with his strike zone. If Lucas Mann had been with me at this game, he probably would have known exactly who yelled it. 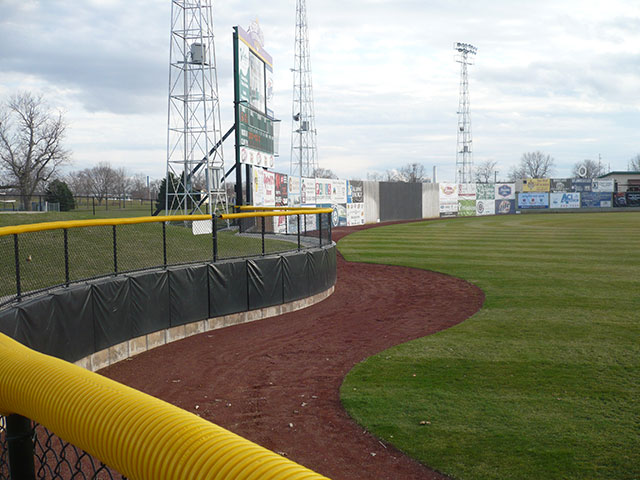 Mann’s acclaimed book, Class A: Baseball in the Middle of Everywhere, is the product of his immersion in the world of the 2010 Clinton LumberKings. A graduate of the University of Iowa’s M.F.A. nonfiction writing program, Mann spent countless hours with the team and fans, put tens of thousands of miles on his car, slept on floors—falling into the grueling rhythm of a long season.

In the opening chapter, we see the game from the mascot’s point-of-view, as Mann inhabits the costume of Louie the LumberKing. Drunks throw peanut shells at his crown and Betty, a loyal fan representing a long tradition, comes to his defense, shaming the drunks into silence. “There’s a sense of etiquette here,” he writes, “woven into the boring spaces of every home game.”

Talking about his book with me over pizza and Diet Mountain Dew, Mann said he was drawn to writing about an obstinately traditional ballpark and a small town working to hang onto its community-owned team. The team has a player development contract with the Seattle Mariners, but he said it felt like Clinton had as close to an ‘uncorporate,’ Wild West feel as you could hope to find in the increasingly controlled, managed world of professional sports.

When Mann began following the LumberKings, he was unclear what might come of his project.

“I had planned enough to know I was going to keep showing up, but there was no guarantee that any day somebody wouldn’t say, ‘Stop it.’ So that sense of uncertainty is really part of it, and it continued the whole time.”

Mann loves baseball but knows failure is woven into the game. He scrutinizes soft-focus nostalgia and the way we talk about minor-league “farm teams,” the players considered farmhands. The metaphor is muddled, Mann writes. “These players are both the laborer and the crop. People wait for them to ripen like coffee or sugarcane.”

He writes about Erasmo Ramirez, then a 20-year-old Venezuelan pitching prospect, whose $50,000 signing bonus (before taxes and his agent’s 25 percent take) resides in a bank account drawn on by his entire family. After pitching well but losing a game, Ramirez cooks himself a dinner of eggs, rice and butter at midnight.

His roommates haven’t come home yet, three Venezuelans, two infielders and another pitcher, who sleep in an even row with him on the floor of this twenty-by-ten-foot studio. Erasmo eats on his mattress because there’s no furniture. His stomach hurts because he still can’t get used to eating dinner at midnight. He tries to fall asleep to images of himself, his laptop propped open on his bare stomach, the electric warmth on his skin. He scrolls through pictures of his face in glorious strain his arm in blurred movement, and it’s important to remind himself that others see him like this, too. That men with cameras search him out and he means something bigger than where he is now. 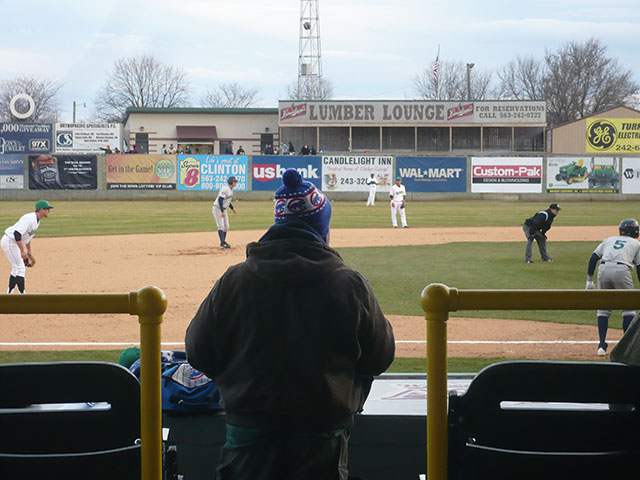 One of the most fascinating people in the book is Joyce, a fan who collects mementoes of the players, autographed baseballs in particular, which she archives and refuses to sell. “There is something incredibly heartening when you walk into her home and see she doesn’t get rid of any of the baseballs,” Mann said. “It’s not like the one’s that never made it, that nobody cares about, gets weeded out. She could pick out the signature of a guy who played A ball 10 years ago and nobody knows. She has a story about it and appreciates owning it. And it feels like, by the gesture of her doing that, she’s making it mean something.”

At first, Mann wondered how he should represent Joyce. Sad? Funny? “No,” he told me. “She has total agency. She just has made this space in this world and is claiming it and owning it. It’s a really powerful thing to be around.”

Mann said the book really began to come together when he opened the scope of the narrative to include more of the fans, voices on the radio, the loneliness of driving—things beyond what he originally envisioned. “As much as I was watching baseball and thinking about baseball, I was also driving by the factory. Or I was on the middle of 80 by myself at midnight, and all of these things were part of the same experience.”

It never felt to him like he was writing a sports book. “The weird thing about writing it while in graduate school was it felt like half the experience of writing it was trying to prove that it was worthwhile to a bunch of MFA students who don’t give a shit about sports. I just felt like I was writing about a place and people who were interesting, who all happened to be at this baseball park. So I hope it’s read as, ‘Wow, what a fascinating thing,’ regardless of what it’s about.”

@DavidVHenderson covered the 2011 Quad Cities River Bandits for WVIK radio. He was into Oscar Taveras way before anybody.