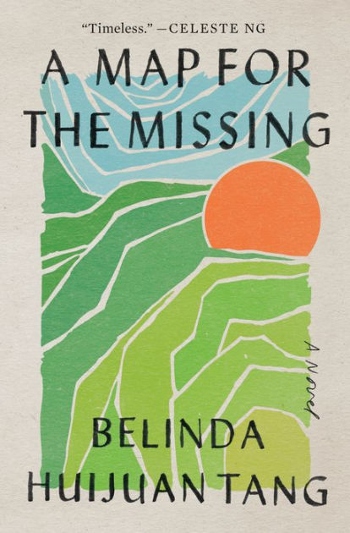 After the dedications page of her debut novel, University of Iowa Writers’ Workshop graduate Belinda Huijuan Tang quotes Homer’s The Odyssey, a fitting harbinger for the journey she will take us on. Although A Map for the Missing (Penguin Press) is not the lighthearted summer read you might be looking for right now, it’s one you’re gonna want to read regardless.

A Map for the Missing is a heartbreaking tale that follows Tang Yitian as he searches for his missing father, whom he hasn’t spoken to in many years. When Yitian returns to China to help his mother with the search, he also revisits a past he’s left behind. Jumping through decades, A Map for the Missing dives into the lives of different characters with ease, laying out an engaging portrait of post-Cultural Revolution China through the eyes of those who lived it.

We can trick ourselves into believing that this story is solely about Yitian, a young boy who risks everything to take the gaokao (the National College Entry Exam in mainland China) and grows up to be a professor at an American college. It may actually be about Hanwen, a “sent-down youth” (a term for city kids who were sent to work rural farms) who, despite her drive and intelligence, consistently finds herself playing out the wishes of others, whether it be her husband, her mother or her government.

In fact, maybe this story is just about choice.

Throughout the book, we follow characters who are pigeonholed due to their class, gender, age and heritage. And while the book mainly takes place in 20th-century China, it rings a dismal bell reminding of a harsh reality in the minds of modern American readers: Sometimes people cannot choose. So it’s up to them to either make the most of the lot they’re given or to disrupt the system to get what they want. Both have consequences that can last a lifetime.

A Map for the Missing does not shy away from difficult topics, important for the subject matter at hand. But Tang somehow finds a way to make even the most heartbreaking parts of this novel beautiful. With her elegant yet simple prose, Tang’s writing is the epitome of bittersweetness. And it results in one of the most poignant endings I’ve ever read, putting a well-fitting cap on a beautifully crafted novel.

I’ve said it before of authors whose debut novels I’ve reviewed, and I’d be remiss not to mention it again: Tang has struck gold with this one. A Map for the Missing is a thoughtful exploration of culture, identity, time and family. And I will be anxiously awaiting the next novel she decides to grace us with.

This article was originally published in Little Village’s August 2022 issues.