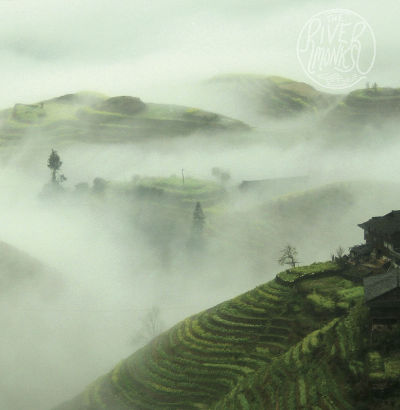 Home is the House
therivermonks.bandcamp.com

If Sufjan Stevens ever decided to return to his 50-state project—an attempt at composing album-length tributes for each state—he would be wise to skip Iowa altogether. The River Monks have beat him to the punch with their new album, Home is the House, one of the most essential and distilled “Iowan” records in recent memory, complete with traditional instruments contrasted by progressive song structures. Songs address themes of nature, friends and family and have the kind of studio polish that humbly displays the hard work that the band’s six musicians must have poured into the album.

The lush production, intricate arrangements and brilliant lyrics—which are somehow always as hopeful as they are melancholic—will be sure to bring plenty of Sufjan Stevens comparisons. Fans of Fleet Foxes and Akron/Family, or newer big-band folk acts like Mutual Benefit, will find plenty to love here, as well.

Be warned, though: The River Monks rarely settle for straight-forward song structures. Their songs regularly reach past the 6-minute mark, allowing for frequent twists and turns, seemingly at random on first listen, but rewarding after repeated listens. “Of the Land” is perhaps the best example of this: beginning with a chilly acoustic guitar and a single voice; transmuting itself into a Mount Eerie-style black metal song with doomy electric guitars and pounding bass drums; building into a trumpet-led, five-part harmony-laden celebration; then finally, returning to the quiet it began with.

That being said, the album’s clear stand-out track, “Wish the World Was Still Flat,” is a fairly straight-forward folk song that would fit in seamlessly anywhere in Simon and Garfunkel’s discography. It’s an excellent song that lacks many of the bells and whistles found elsewhere on the album, and supports itself almost entirely with a simple acoustic guitar and quietly pleading lyrics. Listen to it on repeat during a quiet night, perhaps while sitting on a porch this summer and feel yourself become Iowa.