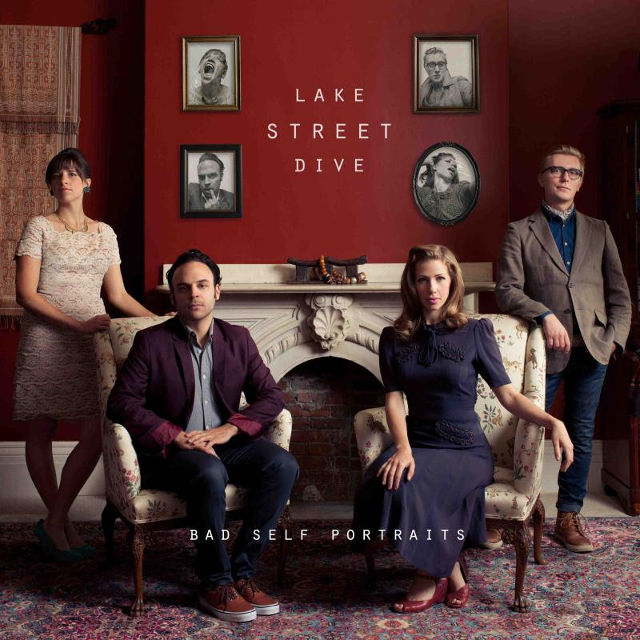 Recently, buzz has been building around the band Lake Street Dive. It started with an unexpected appearance on the Colbert Report on Feb. 5, where Stephen Colbert asked the band if they were ready for the “Colbert Bump”—the reported spike in popularity guests and topics receive after being featured on the show. A few weeks later, Lake Street Dive appeared on the Late Show with David Letterman, where he was moved to ask the band if they’d come back every night.

The rise in Lake Street Dive’s popularity seems to have started with a video the band shot back in 2012 of them performing their jazzy take on the Jackson 5’s “I Want You Back.” That song was included in their collection of cover songs, Fun Machine EP, which, in retrospect, gave us a look into their latest album Bad Self Portraits.

The songs on Bad Self Portraits are led by the astonishingly big and bold jazz vocals of Rachel Price and anchored by Mike “McDuck” Olson’s guitar and trumpet, Mike Calabrese’s percussion and former Iowa City resident Bridget Kearney’s upright bass. In interviews, Lake Street Dive has made no secrets about their passion for classic R&B and pop, and they bring those influences to this album.

Bad Self Portraits takes their trademark sound—a typically stripped-down acoustic one that sounds like their live sets—and uses the studio to flesh it out. Most noticeably there are keyboards in most of the songs—the band is experimenting and the results add a welcome maturity to the songs’ sounds and compositions. I especially love the smouldering torch song “Just Ask” that has an impassioned plea right out of a Janis Joplin live performance.

This is a talented group of musicians, clearly, and we haven’t even seen the extent of their skills. Impeccably-written and performed, their soulful pop songs harken back to a time when talent and skill were the factors that determined chart success and popularity.

Speaking of the Colbert Bump, Lake Street Dive is playing a sold out show at the Englert Theatre on March 25. Limited seating may become available the day of the show.