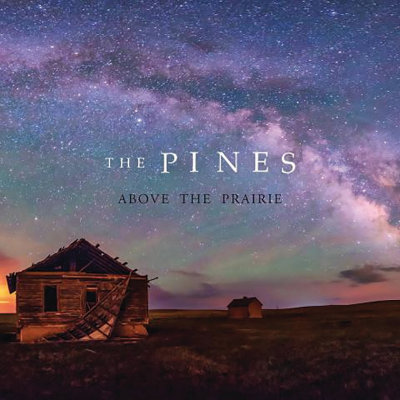 On Dec. 8, 2015, a great hero for social justice in the United States passed away. John Trudell was a Santee Dakota-American poet, musician, actor and activist associated with the American Indian Movement. He famously led the “Red Power” occupation of Alcatraz Island in 1969. Near the end of Trudell’s list of musical projects and collaborations you will find “Time Dreams,” the moving closer on Above The Prairie (out Feb. 5).

The Pines—David Huckfelt, Benson Ramsey and Alex Ramsey (sons of legendary guitarist Bo Ramsey, who co-produced the album)—specialize in applying a subtle, dark pensiveness to the regional folk and blues traditions they were steeped in. With a cinematographer’s precision, they carve out a space in their progressions that reflects the expansiveness of their prairie home.

Above The Prairie could be heard as a sequel to Dark So Gold, the band’s acclaimed 2012 release that brought touring opportunities with Arcade Fire, Mavis Staples and Bon Iver. Where Dark So Gold trod lower and slower in its roots, Above The Prairie brings a sonic ascension to The Pines’ ever deliberate pacing—no longer just ethereal, approaching celestial. Four tracks in, “Hanging From The Earth” bears witness to the band’s metamorphosis, with Benson Ramsey’s usual hushed vocals rising and rising to an impassioned holler.

Citing the influence of Iowa City musician Dave Moore, Benson Ramsey told LV last year that “traditional music holds [The Pines] together. We’re not really chasing a new thing that might cause things to separate. We’re still rooted in the Iowa songwriters and the blues/folk tradition of music. I think that’s the glue.”

The album’s poignancy rests somewhere between The Pines’ self-conscious clarity and the thud of Trudell’s passing. “Time Dreams” offers a fitting epilogue, so keenly felt, with vocal support from frequent Trudell collaborator, Quiltman:

Our memories come from the earth, and return to the earth. In the reunion, our pulse comes from the sky, and returns to the sky.

Like The Pines’ preceding projects, Above The Prairie rewards focus, contains plenty of space for reflection and offers kinship to those of us also residing in this sometimes desolate, sometimes blooming prairie context. Family ties are reckoned with, celebrated and taken to new heights.

This article was originally published in Little Village issue 192.