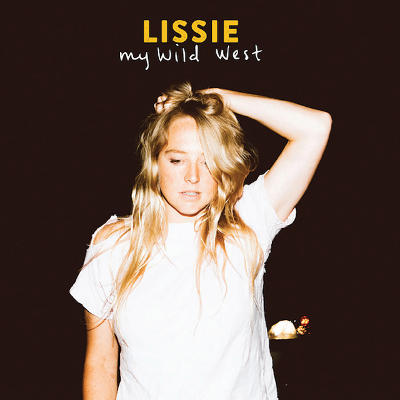 Lissie’s latest album My Wild West is at once a love letter and a breakup letter.

After 12 years in California chasing her dreams, which included a major label contract, Lissie decided to change the path she was on. In an interview with the Quad-City Times, she said, “I got to the point where I figured there’s gotta be more to life than waiting for people to tell you to make an album. That just wasn’t a fun process anymore.” So, she moved to Iowa for a personal and professional reboot.

The result is her third album, and first on her own Lionboy imprint: My Wild West—her most honest and personally revealing album to date. On My Wild West we get a song cycle of a young woman coming to terms with the decisions she’s made and the hard choices she now faces, and ultimately finding the resolve to make the change. Songs read like pages that fell from her diary.

My Wild West continues the use of driving drums and guitars established with 2013’s Back to Forever, which was a departure from the very produced polished pop sound of her debut. Songs like “Wild West,” “Don’t You Give Up On Me” and the anthemic “Daughters” clearly prove that this is the sound that fits her classic female rock vocal style. Lissie’s vocals have been fittingly compared to Stevie Nicks, and she certainly shares both a dusky hoarseness and also the ability to powerfully soar and shout, as her driving passion compels the listener to come along.

The centerpiece of the album for me is track four—“Hero.” It establishes the crack in the universe for Lissie. Speaking with the website Drowned in Sound, she offered, “‘Hero’ is one of those rare songs that came to me all at once … I’d been thinking about duality, Schrödinger’s cat, parallel realities and just this general idea of being simultaneously a huge success and failure and what I want my life to look like.” Her chanting refrain of “Could have been a hero, could have been a zero, could have been all these things” perfectly conveys the internal dispute.

By addressing her homesickness for the Midwest and the path she took, Lissie has created her most honest and personal record to date. With My Wild West as a calling card, Iowa can welcome her home with open arms.

This article was originally published in Little Village issue 193.