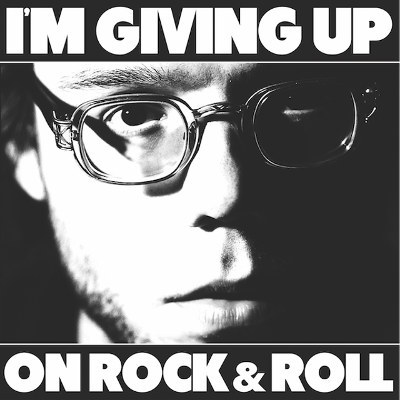 Listening to Christopher the Conquered’s new album I’m Giving Up On Rock & Roll, I can’t help but compare the epic, theatrical sound of the album to Springsteen’s Born to Run and Meat Loaf’s Bat Out of Hell. The pilgrimage that Christopher and producer Patrick Tape Fleming (of Poison Control Center) took to Memphis, to divine some of the magic that comes from the legendary Ardent Studios (where many of the hot Stax Records came from) brought forth a well of R&B gold. Heavy on big piano, horns and choral harmonies and hooks galore, this album is working off of a musical template not often drawn from these days.

Even more striking is Christopher’s expressive tenor which covers the vocal ground from gentle whisper to gospel belting — sometimes in the course of one song. He uses this range to both complement and ironically counterpoint the lyrics.

Intimate at the Englert: Christopher the Conquered

On his website bio page, Christopher lists his influences, and two of them stick out to me: Randy Newman and John Darnielle (of The Mountain Goats). I hear it in the self-deprecating humor; the smart turns of phrase show that even as early as Christopher the Conquered is in his career, he has the chops lyrically as well as musically — making I’m Giving Up on Rock & Roll a rich tapestry of music, vocals and lyrics, one that the listener can wrap themselves in, one that reveals itself in layers on each listen.

I found myself replaying “Be A Good Person” a few times in a row after I caught the musical quote of Gershwin’s “Rhapsody in Blue.” The song is a reflection of how “good” is defined internally and externally. He sings, “I’m going to be less like Saul and more like Paul,” referring to Saul of Tarsus’ conversion to become Paul the Apostle on the road to Damascus, in The New Testament. It’s a strong image delivered in a small phrase: move from the darkness of hatred to the light of love. Not willing to leave what might appear to be overtly religious without some balance, he also sings: “I won’t use the Lord’s name in vain; I won’t use it at all just to be safe.”

If I’m Giving Up On Rock & Roll has a theme to it, it’s one of a man taking a look at himself and his place in the world. A message so universal might, in less skilled hands, not speak to the listener where they are, nor be nearly so entertaining or compelling.

This article was originally published in Little Village issue 198.